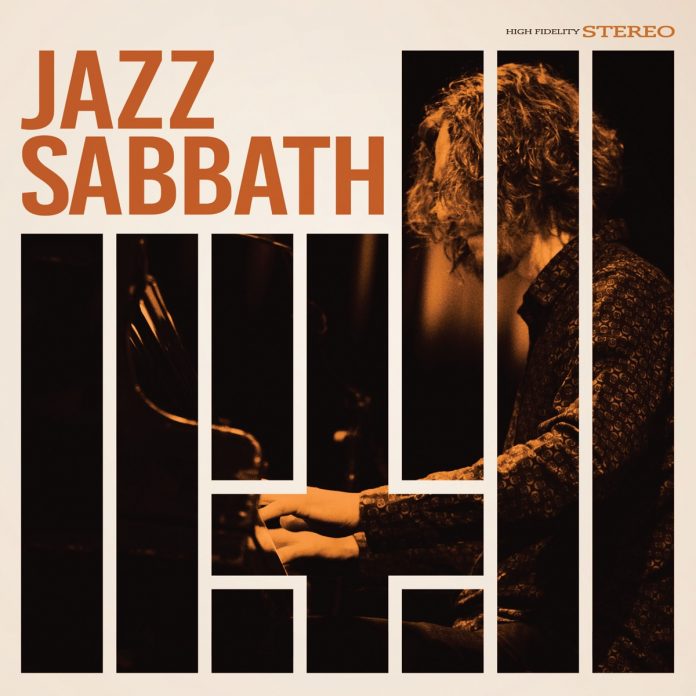 The story of Jazz Sabbath is a strange and intriguing one. It is alleged by their leader, Milton Keanes, that he formed the band in 1968, but was hospitalised not long after. Upon being discharged many months later, he discovered that a band called Black Sabbath had stolen their name and ripped off all their songs. Not only this, all Keane’s recordings, and proof of the band’s originality, had been destroyed in a warehouse fire, until some surviving tapes were discovered last year.

If you’re beginning to find the whole debacle a bit too suspicious, then you’ll be relieved to know that Milton Keanes is actually the pseudonym of Adam Wakeman, who has played keyboards and guitar for Black Sabbath and Ozzy Osbourne since 2004. Jazz Sabbath is his latest project, featuring jazz covers of tracks from Black Sabbath’s first four albums.

Keane and his trio manage to ensure the key riffs and melodies of the heavy-metal classics are all present, but also take harmonic and structural liberty. The track choice is strong, including some of Sabbath’s most popular songs, as well as a few of their more unusual such as Rat Salad and Children Of The Grave.

Some of the tracks lend themselves to the jazz trio format quite well, particularly the swung rhythm of the opener, Fairies Wear Boots. On the other hand, the cover of Changes from 1972’s Vol. 4 is the least jazz-esque of them all, with the trio instead using the piece as a vehicle for harmonic experimentation and improvisation.

There are several additional musicians who appear periodically through the album, with various solos, ranging from bluesy fusion guitar to Hammond organ.

It is clear that a lot of preparation went into this album, not least the mockumentary that was released at the start of the year exposing the story of Jazz Sabbath and Milton Keanes, and so while, quite intentionally, humour is the main appeal of the album, it is underpinned by an original concept and great musicianship.

Click here to buy Jazz Sabbath on vinyl, CD or cassette or in digital format

This beautiful book achieves its aim with resounding success. The title is misleading – "A Century Of Song" indicates that it is 100 years...

Jeremy French first reviewed this album as Contemporary LAC 553 way back in Septem­ber 1963, but the interval is so long that it will...