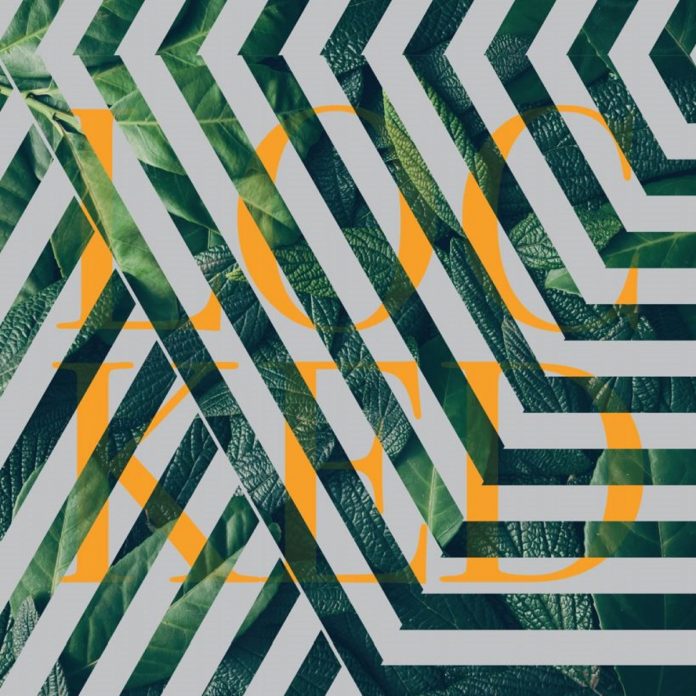 Locked could be the name of the band as well as the album, but we’re not given any information on what might have inspired it. The session predates any Covid-19 confinement by a year, so that’s not it, unless the pieces were retrospectively named. One could imagine musicians locking themselves away to focus on the job. A slip of paper inside the CD case gives information about the chapel used for the recording and tells us that two of the musicians appeared on a previous Slam CD.

As to the music, it consists of six tracks of freely improvised soprano or tenor sax solos, with backing by the rhythm section. There are no themes, no melodies, just extended sax solos. Bass and drums play in a jagged, fragmented manner, perhaps trying, unsuccessfully, to follow Bruce Coates and see where he is going.

Not much imagination was used picking titles as you can see by the listing but, briefly, it consists of a long soprano and rhythm excursion, a tenor and rhythm track , a short solo soprano piece and three more sax and rhythm. I did not hear any guitar until track 5 where Edwards plays a few backing chords.

Bruce Coates indulges himself at length here, improvising free jazz for over 70 minutes with a rhythm section that tries to accompany him without making any significant contribution to the proceedings.

Although recorded in a chapel there is no indication of an audience being present. I doubt any would have stayed more than five minutes if there had been. As I always like to say something positive about records, I will note that this one has a really live, well balanced sound.

The Norwegian pianist, painter and graphic artist Svein Finnerud – who died of a brain tumour in 2000, just short of his 55th birthday...

Been a while. For which, apologies. Health. Family. “Stuff”. Plus a certain amount of what the Catholic Church calls “discernment”, which basically means looking...

After the Anita O'Day experience, Frishberg had a more enjoyable time playing with Gene Krupa’s quartet between 1962 and 1964, mostly at the Metropole...

Jaco's discoveries have become a commonplace, his innovations standard elements in the electric bass vocabulary, but any new evi­dence of his genius is valuable....