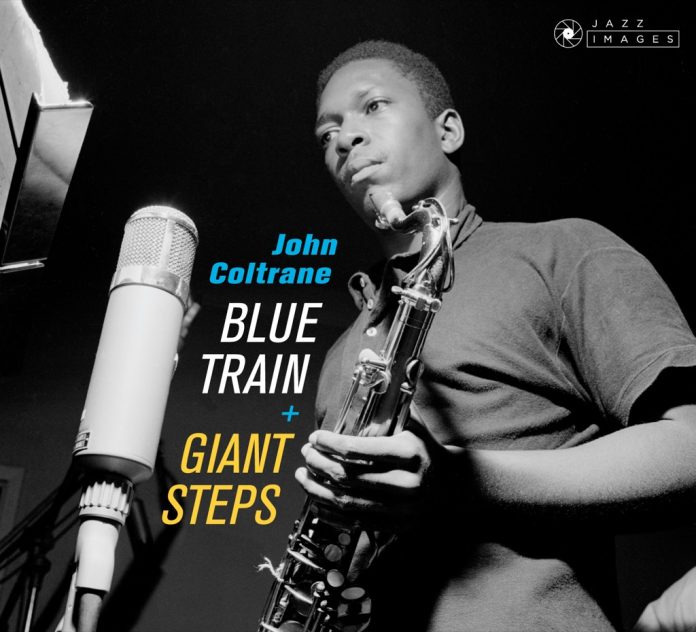 In addition to these two mighty albums from Coltrane, this set also presents his 1961 album Olé in its entirety, some tunes from The Best of Birdland Volume 1 and his only collaboration with Sonny Rollins, on a 12-minute romp called Tenor Madness. Over two hours of Coltrane magic.

The music on Blue Train and Giant Steps is so well-known that the release of yet another version of these albums raises two questions. Firstly, why, and secondly what new is there to say about music that has been enjoyed, dissected, analysed and critiqued countless times before?

Listening to the albums again, the way they are constructed and composed, and the clever way in which Coltrane collaborated with his fellow musicians is perhaps the standout feature to enjoy and consider. Blue Train was the first album on which Coltrane was given the opportunity to select his own sidemen, and it’s difficult to imagine a sharper bunch of musicians being gathered than Lee Morgan, Curtis Fuller, Kenny Drew, Paul Chambers and Philly Joe Jones. The rhythm section on Blue Train is so tight, integrated and yet so understated in places that it is easy to underestimate the contribution this makes to the success of Coltrane’s material.

Giant Steps, the first collection of all-Coltrane penned material, is also revealing for the way in which the band worked together. In the excellent liner notes written by Morgan Lester, producer Nesuhi Ertegun recalls the quiet interplay between the musicians. There was no sheet music, little conversation, and just the occasional signal from Coltrane to indicate what he wanted from his sidemen. With the music performed and in the bag, they simply put on their coats, packed their instruments and left. Again, it is this intuitive, slightly understated approach that seems to have worked so well in delivering the music that was produced for such an influential album.

In amongst what French critic Gerard Bremond referred to as the “exuberant, furious, impassioned, thundering” playing from Coltrane on Giant Steps, there are moments of sensitivity as well. Coltrane was aware of the danger of sounding like he was just interested in playing academic exercises. We’re approaching those famous “sheets of sound” and the spiritual soul searching that was to come, but there is still room for space and melody in places.

If Blue Train and Giant Steps are the main feature, Olé is an interesting bonus, offering over 35 minutes of additional music. By comparison, the track featuring Sonny Rollins sounds strangely muted. It’s still good, but considering the quality of everything else on offer here, it has a lot to live up to. Overall, a superb release.

Brian Morton - 18 May 2019
It’s not often that I feel at a loss. That’s patently untrue: most social situations leave me awkward and disorientated, and there’s a young woman at work who makes...