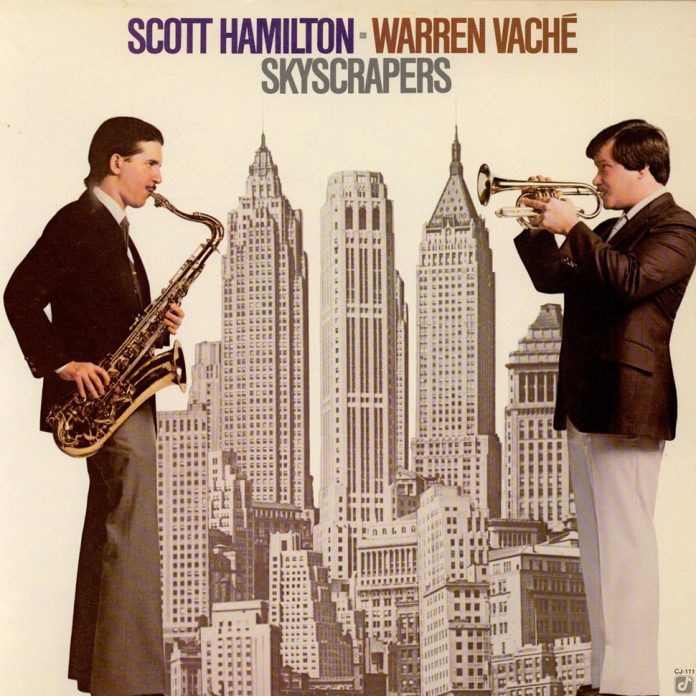 The so-called anachronistic Scott, having been maligned for his reincarnations, certainly does not warrant being further lumbered with dated arrangements. Buck Clayton and Nat Pierce, who wrote five of these between them, were supply­ing similar frameworks for Humphrey Lyttelton and Joe Newman back in the mid-fifties.

Hamilton buzzes along obliviously, but the normally adventurous Vaché plays carefully honed solos, while Temperley and Simmons treat it as just another pleasant session.

Flory does not command attention, Ashby is only there to play section parts, and the few sparks of life come from Masso (who incidentally arranged the three non-originals) when his solos emulate Bill Harris in places.

A disappointing record, which could be played in a supermarket without distracting the shoppers.