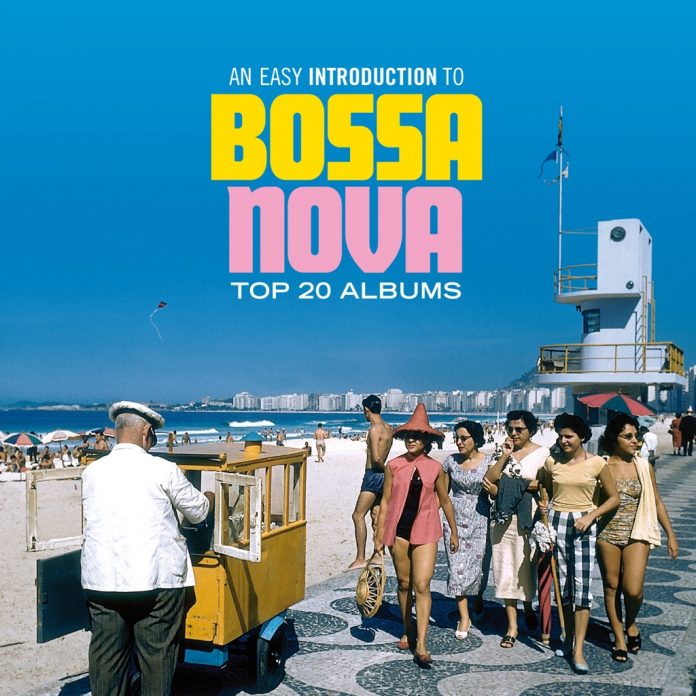 This box set is a pretty sizeable affair with nine CDs containing 20 albums, mostly from the bossa nova craze of the late 50s and early 60s. It includes the 1953 forerunner Laurindo Almeida Quartet Featuring Bud Shank (later released as Brazilliance) and its follow up in 1958, Holiday In Brazil (later released as Brazilliance Vol 2). Shank’s 1962 album Bossa Nova Jazz Samba with keyboardist Clare Fischer is also covered on a separate disc.

Antonio Carlos Jobim (known in Brazil as Tom Jobim) set the standard with songs such as Desafinado and Girl From Ipanema. Several of Jobim’s compositions have been delivered by artists such as Luiz Bonfá, Sylvia Telles and João Gilberto and these are put together in one CD. Gilberto, regarded by many as having defined the genre, understandably has a CD to himself as well. It comprises his first three LPs – Chega De Saudade (aka The Warm World of João Gilberto), O Amor O Sorriso E A Flor (Brazil’s Brilliant João Gilberto) and João Gilberto (The Boss Of The Bossa Nova). Plus it has the original versions of Manhá De Carnaval, O Nosso Amor and A Felicidade (from the film Black Orpheus) that he recorded in 1959 on an EP.

One of the first “proper” bossa nova albums, Canção do Amor Demais, sung by Elizete Cardoso in 1958, is reproduced here together with a collection of Vinicius de Moraes’ compositions, many of which he wrote jointly with Jobim. Two other LPs that Cardosa made with tenor saxist Moacyr Silva – Sax Voz (1960) and Sax Voz Vol 2 (1961) – are covered on a different CD.

Two Stan Getz albums that were instrumental in sparking the bossa nova craze – Jazz Samba with guitarist Charlie Byrd (and incidentally his brother Gene) and Big Band Bossa Nova with Gary McFarland’s orchestra are presented on one disc. There’s also a rare Getz track, Three Stars Will Shine Tonight which some may know as the Theme From Dr Kildare which he recorded as a single in 1962. Charlie Byrd’s own album, the excellent Bossa Nova Pelos Pássaros, is presented on a separate disc together with Gillespie’s Dizzy On The French Rivieria featuring Charlie Ventura and pianist Lalo Schifrin.

This is a collection for bossa nova lovers, those wanting to revisit pleasant memories and anyone who may be new to the genre. It comes with an 18-page booklet of vintage photos and liner notes.

Erroll Garner: Concert By The Sea

Elliot Marlow-Stevens - 14 August 2021
As detailed in the liner notes, the eponymous concert took place on 19 September 1955 in Carmel-by-the-sea, California, and was captured by a backstage tape recorder that Garner’s manager,...