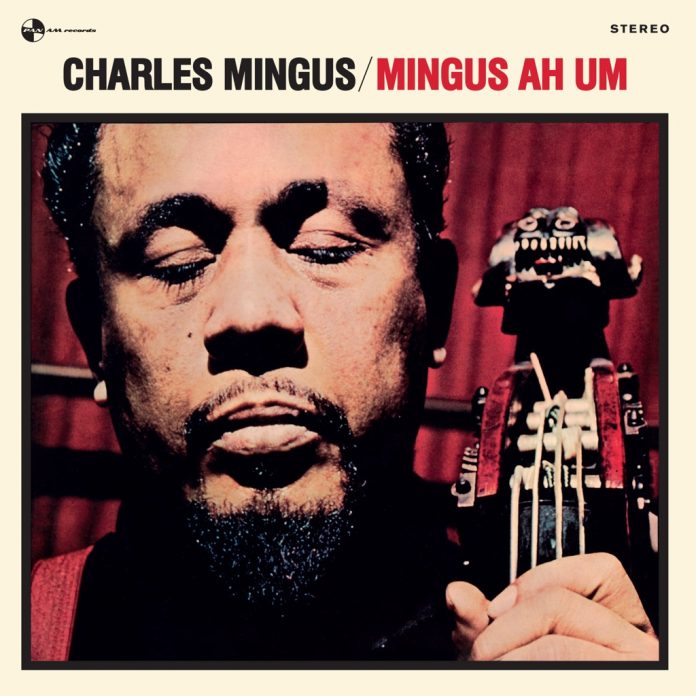 The rambunctious, razzle-dazzle Better Git It In Your Soul leaps out of the grooves when the needle hits this newly remastered vinyl pressing of Charles Mingus’ Columbia debut. The album begins as it ends, with a brief solo bass riff. The LP sounds warm and vibrant. Dannie Richmond’s drums thunder as they did half a century ago in New York’s Columbia 30th Street Studio, a former Presbyterian church, where the Kind Of Blue sessions had ended two weeks before.

Next it’s on to the silky three-tenor Ellingtonian elegance of Goodbye Pork Pie Hat, which looks to Lester Young (who had just died) and ahead to future versions by John McLaughlin and Joni Mitchell, still teenagers at this point. Then there’s the playful cop-show-theme rumble of Boogie Stop Shuffle, and more Ellingtonia, with Open Letter to Duke quoting Sonny Rollins’ St Thomas as the side ends.

Like so much in the watershed year of 1959, this wide-ranging album is a Janus-faced look back to swing and early bop, some of the sax solos (Bird Calls), and forward to the emerging “new thing”. There are hints of what was to come in Fables of Faubus, which swings jauntily though intended as a protest against segregationist Arkansas governor Orval E. Faubus, who blocked school integration. Columbia refused to include the lyrics, which called Faubus a “Nazi fascist supremacist”. They appeared the following year when Mingus re-recorded the song with Eric Dolphy for Nat Hentoff’s indie label Candid, signalling his move toward more experimental, confrontational music.

Most of this album, though, is Mingus at his most tuneful and accessible. He’s known as a curmudgeon, but this may be his most fun album, ending with the jokey tongue-in-cheek, mute-in-trumpet New Orleans sound of Jelly Roll.

This remastered release is on a Spanish public-domain label, pressed with direct metal mastering in the Czech Republic. The cover art is not original but the liner notes are, and the sound is clean, warm and rich. Returning to this masterpiece on a fresh vinyl pressing is like running into an old friend you haven’t seen in years, now swaggering with a spiffy new suit and big grin.

Michael Tucker - 08 July 2022
I waxed lyrical about the Zurich Jazz Orchestra's Dedications from 2020 – an album so good that it led me to compare its multi-stranded achievements with Change Of Scenes...