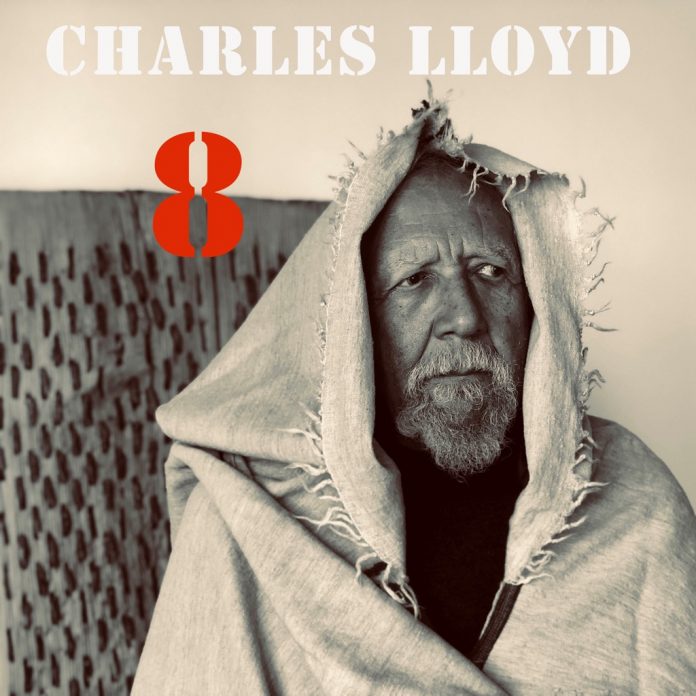 The Lobero Theatre in Santa Barbara is a venue that Lloyd has played more than any other, so how appropriate that he celebrated his 80th birthday by playing a concert at his hometown location. For the occasion his regular band mates Clayton, Rogers and Harland were joined by guitarist Julian Lage plus soul legend Booker T. Jones on organ; Blue Note president Don Was also sat in on a couple of tunes.

The evening resurrected a number of familiar numbers from the saxophonist’s career including the opening Dream Weaver, coming from the 1966 album of that name, a piece described by himself as being “sacred ground to me”. The theme eventually emerges after an opening of restless group interaction, the leader’s solo being of an expansive nature, frequently investigating the higher register, all the time creating an intensive atmosphere maintained by Lage and helped greatly by Harland who takes no prisoners. This is an exciting option to start proceedings.

The following Requiem has become a frequently played composition by the veteran and shows no sign of wearing thin over the last few years. La Llobona has an attractive theme and this slow-paced rendition gets an almost majestic treatment on this occasion. Thereafter we stray into freer territory with Part 5, Ruminations, the tempo frequently changing, Lloyd’s tenor suggesting a turn towards something more conventional might eventually arrive but remains slightly elusive. His playing on this piece epitomises what an article in the New York Times described as “too light to feel like a solid substance but too graspable to be vapor. Liquid and fast-moving”.

From Abide With Me onwards Booker T. joins the celebrations, bringing a lot of sustained chords to the performance, for he is no single-note-run dazzler. Until the final couple of tracks, used as an encore, he replaces pianist Clayton. There are some lovely moments to be had with his inclusion, the funky Island Blues being a suitably uplifting opening to the second CD, although Green Onions takes Lloyd outside of his natural territory.

The breezy Sombrero Sam features the leader’s flute which takes its time in unveiling the time. Shenandoah is handled with true reverence, the tenor lines buoyed up by Lage stating the melody underneath, and You Are So Beautiful proves to be a suitable closer delivered in a controlled manner.

It is encouraging to find Lloyd in such splendid form at this juncture in his life, the shame of it being the unlikelihood of his scheduled appearance at this year’s Love Supreme Festival, where he would have brought an element of jazz credibility to a line-up sadly lacking in such.

India Adams: Comfort Me With Apples / Easy Williams: Easy Does It

Derek Ansell - 19 June 2019
Another two forgotten singers who should never have been abandoned appear here on this CD. India Adams is up first and no, she has no idea how she got...