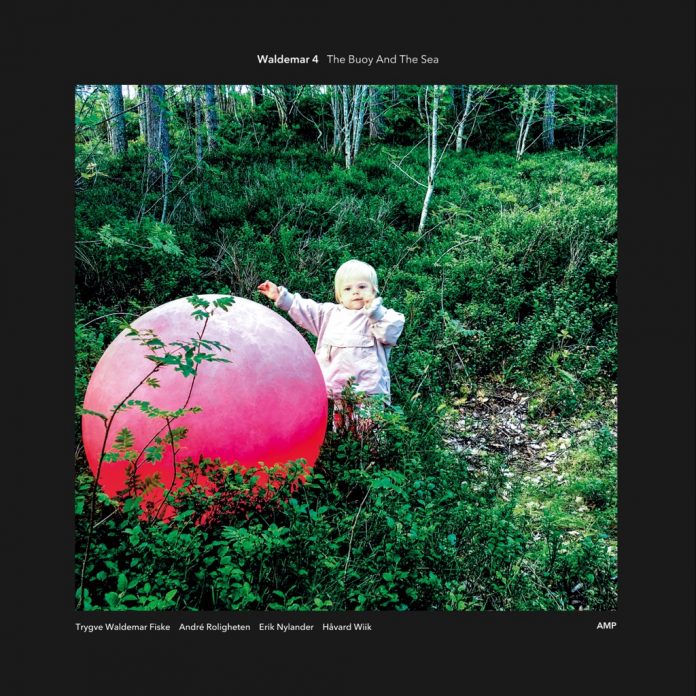 Born in 1987 in Frei, western Norway, Fiske is a fine bass player, round-toned and rhythmically lithe, the melodic thrust of his musicality soaked in the shape-shifting poetics of post-Coleman jazz: hear Vollabakken or the opening Gary X, a characterful three-part suite dedicated to a chief elective affinity, Gary Peacock. Like all the well-programmed material here apart from pianist Wiik’s Funambulistics, these are Fiske pieces. And like all the music on this riveting set, they speak – or rather, sing – of both a high degree of soulful jazz literacy and an arresting level of freshly conceived group empathy and intelligence.

Fiske put this top-quality quartet together in response to a commission for the 2014 Molde International Jazz Festival and Waldemar 4, their subsequent first release, was well received critically. The Buoy And The Sea should do a great deal both to consolidate and to expand their reputation.

Sample Funambulistics for a rolling ’n’ tumbling example of the group’s ability to swing and groove to the max, with the excellent Roligheten pushing his bass clarinet figures hard over some tastily sprung lines from Fiske. On tenor, which he chiefly features here, Roligheten strikes me as one of the most impressive players to have emerged on the Norwegian scene for some while – approaching, at times, the appeal of Charles Lloyd at his lyrical best. A full and finely weighted sound and an all-register technical command are set in service of both dynamically adroit forthrightness and poetic finesse: hear the floating intimacy of his opening figures on the lovely ballad Dolphiné , the coruscating power developed in Ved Elvebredden or the elegance of the cadences cultivated on the concluding Eventyrskogen.

With its striking, brightly crafted, fluid and open compositions, served by pin-point musicianship all round, The Buoy And The Sea is the kind of release that you want to play again, the very second the music has stopped. Music of a high order, this, and as such, totally recommended.

Click here to buy Waldemar 4: The Buoy And The Sea

Dave Gelly - 24 February 2019
A four-CD compilation aimed at conjuring up the atmosphere of Soho at a time when modern jazz was its fashionable background music. Or, to put it slightly more accurately,...