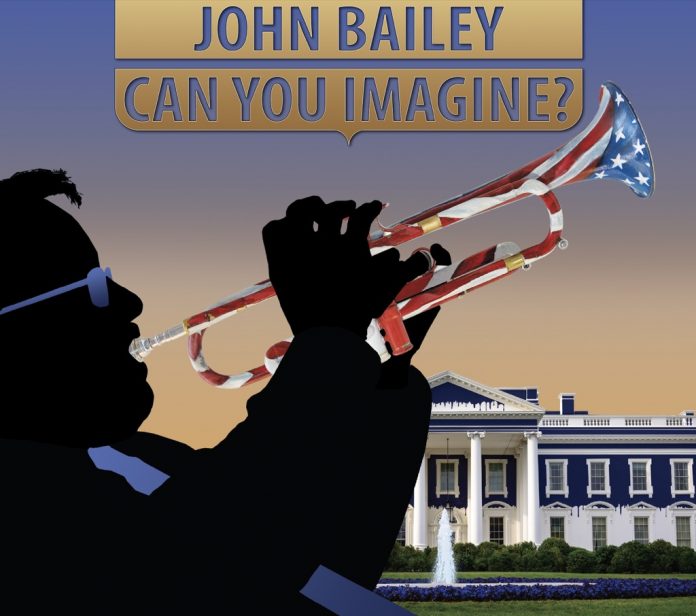 You may remember reading in Downbeat in the 1960s of the half in-jest, part-serious campaign to get trumpeter Dizzy Gillespie into the White House. Much of it was intended to stimulate features in the magazine at the time and, of course, Diz played it up to the hilt. Bailey’s premise is that he imagines it happened and this is the music that resulted. The centrepiece of the record is the 12-minute President Gillespie suite. The opening Humanitarian Candidate features some high-octane, bright and brassy trumpet from the leader played over a bass ostinato. The second movement, Road To The Blues House, is a more restrained blues and it has a crisp bass-trombone solo from Earl McIntyre. Then it’s President Gillespie’s Birthday Song, which turns out to be a big blowing session for the horns with lively rhythm thrashing around them. It is attractive writing and arranging and, most importantly, strong playing.

McIntyre, a guest musician, turns up again on Ballad From Oro Incienso Y Mira as a tuba soloist, adding colour to a ripe ensemble. The other guest, Janet Axelrod, shines on flute on three selections and particularly on bass flute on Valsa Rancho. People is the only standard, played by Bailey with just pianist Edsel Gomez in support. The music overall though is fresh and original with much attention paid to ensembles for the three frontline horns.

Bailey claims to have drawn inspiration for his writing and arrangements from Booker Little and his 1961 Candid release Out Front. He does have a noticeable affinity with Little in his approach to trumpet phrasing and his manner of writing for a three-line front row. Booker used trumpet, bass clarinet and trombone whereas Bailey has trumpet, tenor sax and trombone on most of his selections and makes colourful use of bass and alto flute, tuba and bass trombone. Best of all, the music is melodic and soulful and not just an exercise in technical brilliance as much of contemporary jazz today appears to be. This session will, I think, pass the test of time and still be played 30 or even 50 years from now.

Click here to purchase John Bailey: Can You Imagine? and receive a free “Dizzy Gillespie for President” campaign button