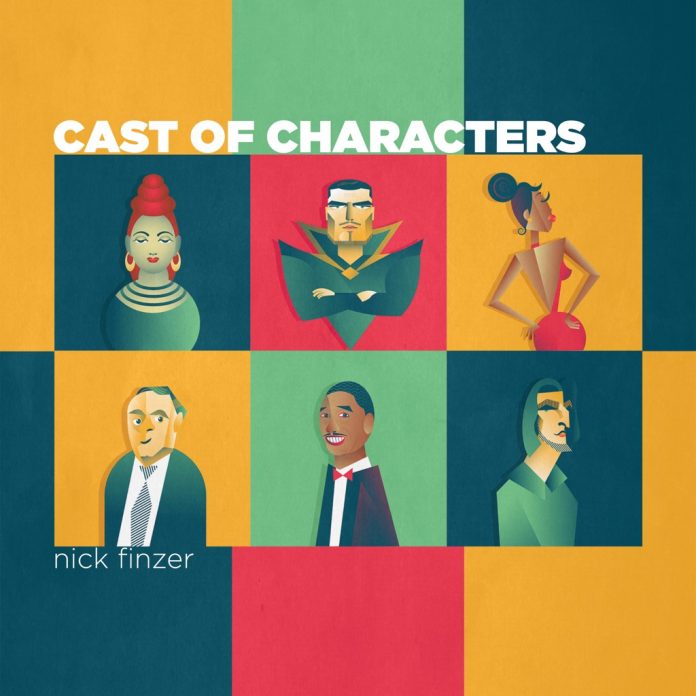 This is, I suppose, what could be called a jazz project album. The Cast of the title is represented by six headings with A Sorcerer, Brutus, A Duke etc and within these categories are further subtitles. The music is thus somewhat erratic as the moods and tempos keep forever changing. Nick Finzer, the leader, is the main soloist and a very accomplished soloist on trombone. He also composed all the music which is interesting in its diversity.

Although most tracks are somewhat sombre and often at slow tempi, the soloists get plenty of opportunity to improvise at length and make their independent statements. Pianist Zaleski is a bright player, able to offer springy single lines or block chords or whatever the band requires on each selection. On The Weatherman and Venus, all the musicians play in close harmony, solos overlapping as the intensity increases. Pino on saxophones and Wintz on guitar get plenty of space to express themselves and the bass and drum duo are very lively and supportive.

This music is experimental to some extent and different to many new releases coming out at the present time. It is not exactly in the free jazz arena but is certainly heading in that direction.

Advertisement
Click here for information on how to buy Nick Finzer: Cast Of Characters

Nigel Jarrett - 10 June 2020
Perlin Noise is an algorithm allowing computer graphics artists to represent the complexity of natural phenomena in visual effects and is often used in the creation of computer-generated visual...