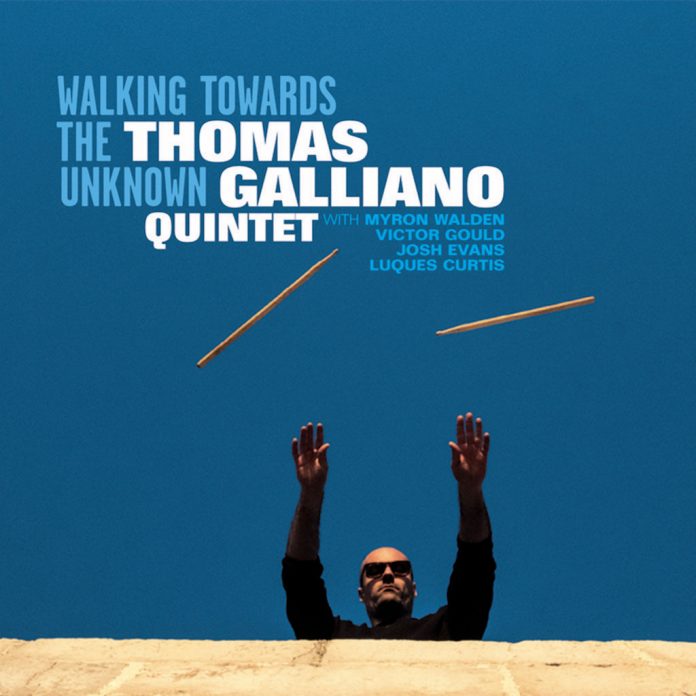 Galliano is a drummer from Nice, currently working in New York and already known for his work with Rick Margitza, Ed Cherry, JD Allen and a bunch of others. The immediate and most powerful sense that comes off his debut recording with quintet is of a quietly passionate musicality. Classically trained, he treats the drums almost with gentleness and respect.

The hip inclusion of an MC on the title track maybe suggests that Galliano is looking for a contemporary street sound, responsive to other current musical movements, but that’s deceptive. His more natural direction is a hard-bop/post-bop manner that casts the horns and piano in relatively familiar roles.

Walden is a proven quantity, and his tenor – redolent of Hank Mobley on The Hope and George Coleman on Une Chanson Douce – is a key element of the sound. Indeed, there are tracks that suggest the saxophonist is the leader. But Galliano is always present, nudging at delicate little figures, easing out the time on the slower numbers, throwing occasional curveballs at the rhythm, as he does on Fanny.

The guests help to vary the sound. It’s hard enough to keep a regular quintet going in New York, where everyone seems to juggle diaries, but it sounds as if Galliano might want to work with rather larger forces. You sense that there is a big band warrior in him waiting to break out. I’d only heard (seen) him play once before this, but I remember being impressed and thinking that Paul Motian might have appreciated his thing and sensed a kindred spirit.

Click here for information on how to buy Thomas Galliano Quintet: Walking Towards The Unknown

Gordon Jack - 11 December 2020
Collectors have been aware of this material for years thanks to Thorbjorn Sjogren’s exhaustive Chet Baker discography published in August 1993 by Jazz Media. The group was resident at...

John McLaughlin, Shankar Mahadevan, Zakir Hussain: Is That So?