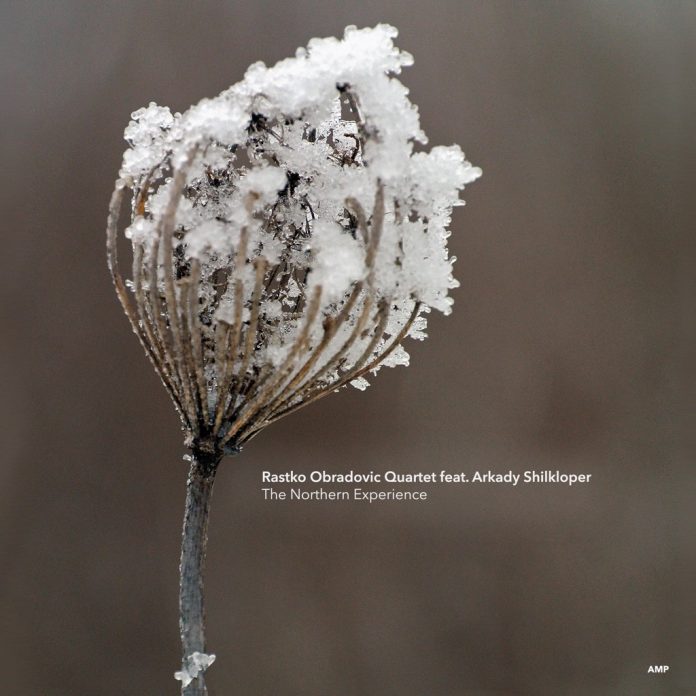 Twenty-something tenor sax player Rastko Obradovic studied Jazz Performance at The Norwegian Academy of Music in Oslo and he cites Jan Garbarek as a big influence. But it’s not so easy to wheel out the usual chilled Scando-jazz clichés when describing the dynamically nuanced work he’s produced with his quartet here. It could be because as a Serbian national from Belgrade, and an habitué of the city’s jazz scene, Obradovic is steeped in Balkan music. Also, his co-collaborator on this full length debut album (he’s already released an EP) is the elusive French-horn virtuoso Arkady Shilkloper from Russia.

But between them they have produced a sound that has a sort of world-weary foreboding and that is carefully illuminated using arrangements that have frequent unexpected twists. The track Colors begins with Obradovic outlining a hooky melody in a light, querulous tone, pianist Martin Gjerde nonchalantly attending to him. But then the leader gradually toughens up his contribution to a crescendo before the arrangement turns on a sixpence to fade.

Home is supported by the lightest of touches from the rhythm section, Obradovic’s tenor skimming the surface before Shilkloper squeezes in on French horn adding a fat, golden glow to the sound. Obradovic rejoins, deft and darting as the drum and bass build. Another stand-out, Lake By The Forest, also features Shilkloper. It has a pastoral, brassy atmosphere that fans of John Surman will like. Again, the mood changes as the number progresses, the theme made more sinister by the Russian’s glowering horn harmonies.

It’s an impressive debut and suggests that Obradovic is a talented, imaginative tenor player to keep close tabs on.