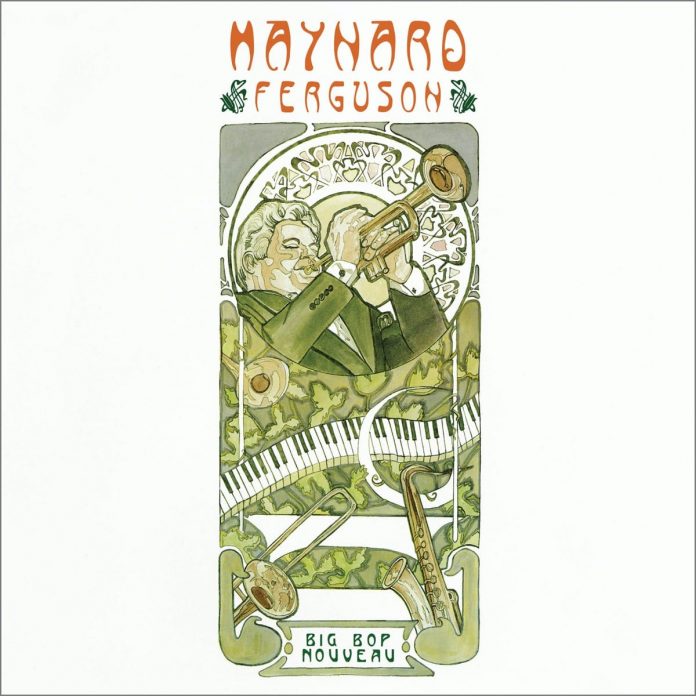 I’ve only one complaint about this album – it’s not long enough. If you like an exciting big band then this is for you but at just over 40 minutes playing time it is a bit on the mean side for a full-price CD.

It may be a slim volume but its contents, in my opinion, are pure gold. Blue Birdand, an easy-swinger composed and arranged by Jimmy Giuffre, is notable for some fine writing for the band and well-taken solo opportunities by rising alto star Christopher Hollyday, tenorist Glenn Kostur and the rich, full-sounding guitar of Tom Bevan.

Cherokee is a tour-de-force for Hollyday and his fast-paced Mike Abene chart spotlights the altoist’s Parkerish leanings super­bly. Caught is another excellent up-tempo number on which Fer­guson’s stratospheric trumpet leads all the way. There is an ex­tended chase sequence between the leader and tenorist Mike Wal­lace which further adds to the ex­citement.

Ferguson is on flugel for But Beautiful, a lovely track with pre­cise ensembles and a sympathe­tic piano interlude from John Toomey, one of its co-arrangers. Crusin’ is one for the saxophone section which features it collec­tively and individually on this highly original number.

The grande finale, so to speak, is a medley which was recorded live a year earlier than the afor­ementioned titles. It occupies 12 minutes of playing time as the leader segues through his five hits. The most outstanding, and also the briefest, is Frame, on which the band, in particular the brass, demonstrate its power.

I hope we are in for more of the same from the Ferguson band because this is big band jazz at its best.

Roger Farbey - 21 October 2020
Drummer and composer Rajiv Jayaweera has an intriguing pedigree. Of Sri Lankan descent, Jayaweera was born in London, grew up in Melbourne, Australia and is currently resident in New...