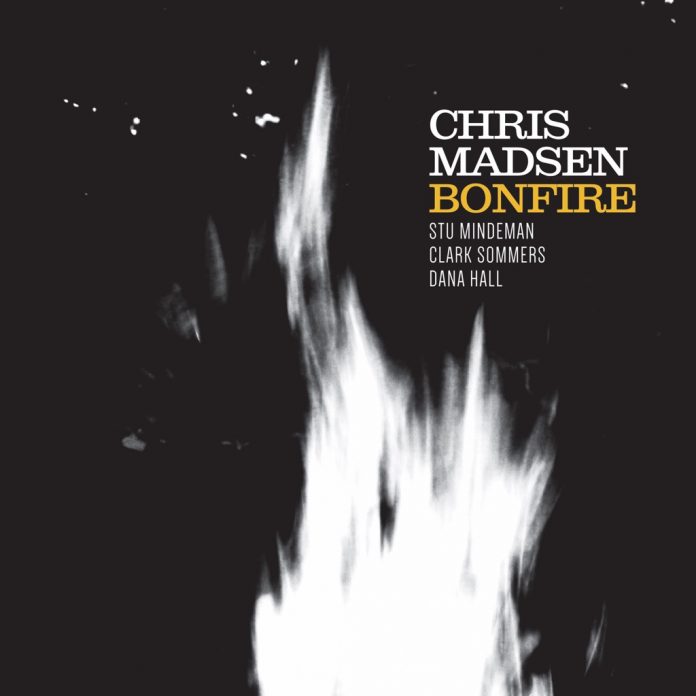 Chicago tenor saxophonist Chris Madsen has here produced a distillation of everything he has been doing for the last 10 years, a culmination of his work as both composer and player. He plays beautifully, almost as if he were giving the instrument a personality and not imposing his own on it.

He’s an ensemble player, happy for drummer Dana Hall to set and maintain the pace, bassist Clark Sommers to tighten the textures and pianist Stu Mindeman to control the harmonic shifts. Nothing new there in terms of mechanics, but Madsen engineers it by encouraging invention and letting everyone, including himself, sound both forecful and co-operative.

Such shifts are not confined to piano chords: in Lone Wolf, for example, a bass-drums-piano intro looks as though it might be establishing a tempo, only for Madsen to subvert it, as in other charts on the album, with what are made to sound like spontaneous changes of register and direction. The way Sommers goes skittering off in up-tempo four-to-the-bar towards the end sounds both natural and sanctioned by the others.

Hall’s churning of the mix inspires everyone, and with a close recording he’s very much to the fore, particularly on the opening Bonfire. Lovingly established by his colleagues, Mindeman occupies the middle ground on Hundred Center before he inspires them to continue laconically towards a triumphant exit. Hall beats rock time at the opening of Cool Sun for a leisurely evocation which is coloured here and there before the drums’ insistence is itself half-undermined. With Hall taking up brushes, Cellar Door is the album’s epitome of mood and tempi under magisterial control.

Madsen’s charts are full of energy, lyricism and captivating particulars, and are played here with understanding and affection.

Peter Gamble - 08 August 2019
The extended title of this CD reads “60th Birthday Celebration: New Takes On Tunes From ’59”; subsequently we are treated to 11 selections taken from recordings made during Alan...