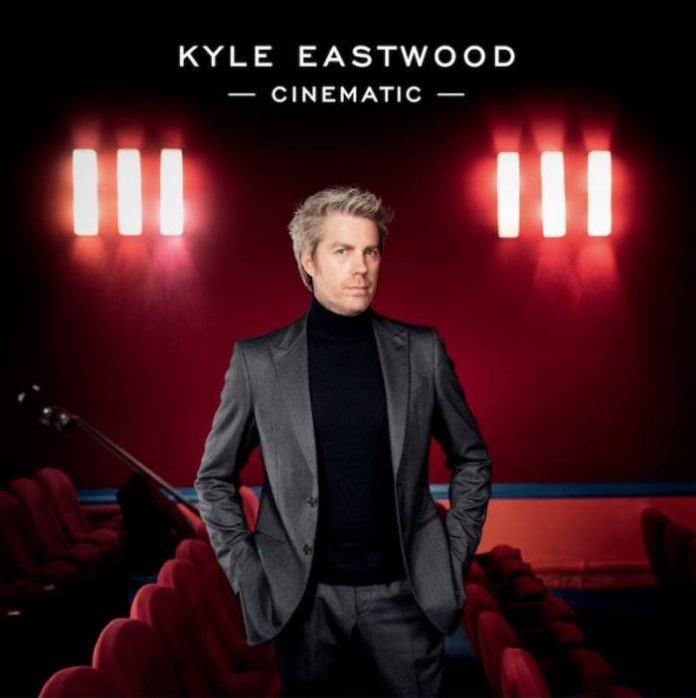 There have been some fine film soundtracks that capture the essence of time and place and enhance the atmosphere. Kyle Eastwood has a firm grasp of this – coming from cinematic stock helps – and his interest in film is reflected in this collection of tracks. Some are familiar, others less so, but to his credit, Eastwood, whilst generally following the originals, certainly doesn’t slavishly imitate. The arrangements are all tight and interesting – just listen to the rapidity of Chris Higginbottom’s drum introduction to Charade or the changes of tempo in Pink Panther – and it’s a well-balanced album with a fine mixture of emotion and expression. His musicians are given the opportunity to solo without losing any of the essential substance of the original.

Starting with Lalo Schifrin’s evocative Bullitt (which was based on Robert L. Pike’s 1963 smart thriller Mute Witness) and Herrmann’s Taxi Driver theme, it immediately encapsulates a slightly West Coast laid-back feeling but with an emerging edginess on the latter. Vocalist Camille Bertault joins for the French version of Windmills Of Your Mind (from The Thomas Crown Affair) and there are some nice interactions of scat with Quentin Collins’ trumpet and Brandon Allen’s tenor; their interweaving and playing in unison are really attractive features – not surprisingly given their long association and collaboration.

Hugh Coltman’s wistful vocal on Gran Torino has a melancholic feel, its lyrics poignant, whilst the greater urgency of Eiger Sanction gives Collins and pianist Andrew McCormack an opportunity to solo, which they do with great assurance. The Pink Panther theme has particularly imaginative fills from Higginbottom and moves to a faster tempo for an Allen solo which, as on Charade, he almost threatens to take further out. His strong and confident approach is also shown on Skyfall – for me the highlight track – on which all the players show their mettle. Higginbottom busy and inventive throughout.

Horns are out as the trio does Per Le Antiche Scale (from the Italian film Down The Ancient Staircase), a platform for the melodic lyricism of McCormack’s piano. Unforgiven – Claudia’s Theme has a guitar solo, presumably from Eastwood, something he does in his live performances on the upper register of his electric bass, with Collins and McCormack duetting. The double bass leads, appropriately, on the final track, an instrumental of father Clint’s Gran Torino, Kyle’s resonant tone and beautiful delivery supported by the others.

Fred Grand - 18 May 2019
Like all of the most successful musical fusions, Simon Thacker’s Svara-Kanti make light of genre boundaries. A classical virtuoso specialising in nylon-stringed guitar, Thacker combines keen musicological rigour with...