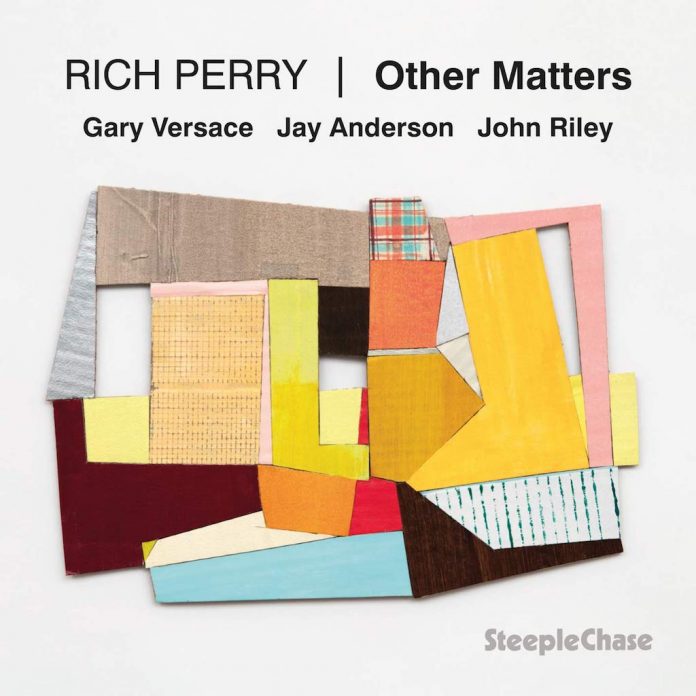 This is Perry’s 25th album under his own name for SteepleChase, the first being To Start Again in 1993. To keep him occupied the rest of the time he has recorded as sideman with a whole raft of distinguished leaders, including Paul Bley, Maria Schneider, Fred Hersch, Lee Konitz, Joe Henderson, Ron McClure and Thad Jones & Mel Lewis.

He considers this album to be different from anything he’s done previously, which partly explains the title, although he says he had that before the tune itself, a thrifty habit he picked up from Bley.

The spirit of late-period John Coltrane pervades the session as Perry wanted to experiment with Trane’s practice of taking a simple tune and then stretching out an improvisation largely freed from the chord sequence. Although the influence is strong and unmistakable, Perry and his colleagues are not simply imitators. On most of the tracks their approach is similar to that of Trane’s classic quartet, but Perry does not share the driven quality of his model … very few people do … and the group sound has a more spacious quality, with Versace allowing more light in than McCoy Tyner tended to.

Perry wrote all the tunes, which are engaging and lead to fluent, satisfying and inventive improvisations, all adding up to a commendable album.

Fred Grand - 25 August 2020
Small independent record labels documenting a local scene are nothing new, but there’s something particularly special about Helsinki’s We Jazz collective. A shop, festival and now a boutique record...