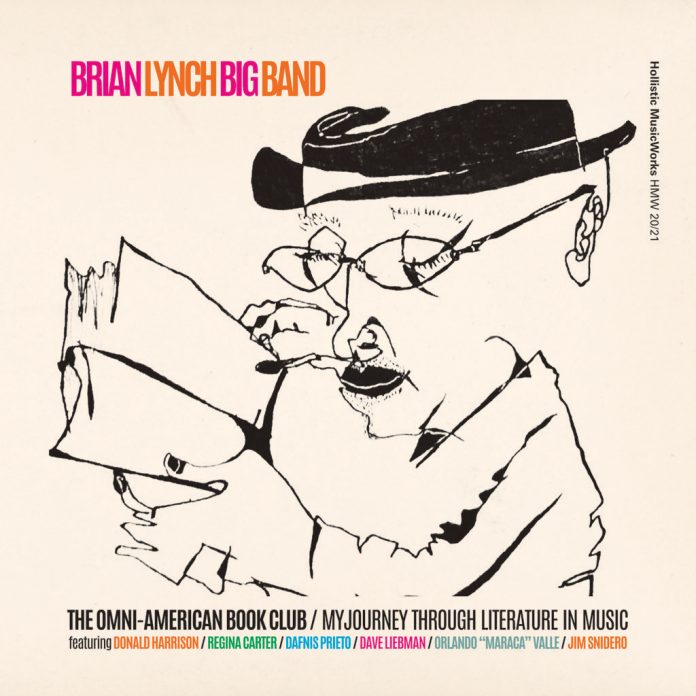 An accomplished hard bop trumpeter and a prolific composer, Brian Lynch is not yet a jazz household name in the UK. Born in Urbana, Illinois, he grew up in Milwaukee, Wisconsin, and studied at the Wisconsin Conservatory of Music. He also sat in with local jazz musicians, including pianist Buddy Montgomery and organist Mel Rhyne. In 1980 he went to southern California where he played with Charles McPherson. Moving to New York the following year, he joined the Horace Silver Quintet, and played in Toshiko Akiyoshi’s big band and Eddie Palmieri’s Latin American orchestra. In 1988 he enlisted in Art Blakey’s Jazz Messengers, and four years later became a member of and toured widely with the Phil Woods Quintet.

Complementing his passion for jazz, Lynch is an avid reader – particularly of African-American history and literature. He dedicates the compositions comprising this remarkable CD to such black American writers and scholars as W. E. B. Du Bois, James Baldwin, Ralph Ellison, Albert Murray, Amiri Baraka, Nell Irvin Painter, Toni Morrison and the British Marxist historian the late Eric Hobsbawm – better known to jazz lovers as critic “Francis Newton”. Lynch comments that in addition to the dedications accompanying each piece, they are a “heartfelt tribute to the many authors and myriad books that have changed my life and continue to help me make sense of this life on earth”.

The title of the album is a quote by Albert Murray, author of The Omni-Americans (1970) that “ethnic differences are the very essence of cultural diversity and natural creativity”. This is Lynch’s first big band recording as leader, with (in varying combinations) students, colleagues and alumni of the University of Miami Frost School of Music. Guest artists include Regina Carter, Dave Liebman and Donald Harrison. It’s hard to typify the shifting characteristics and colourations of the 11 compositions – two of which received repeat but extended versions. The first is the hard-hitting and torrential Crucible For Crisis (with guest drummer Dafnis Prieto contributing an extended solo) followed by Lynch holding his own against a rocking Latin beat. The Struggle Is In Your Name features Donald Harrison on alto, and Boris Kozlov on electric bass, with the band blowing hard before Harrison trades solos with Lynch. Affective Affinities features the excellent violinist Regina Carter on a moving ballad, with a solo by Lynch before she closes the proceedings. Among the other titles, an inspired Tribute To Blue Mitchell features guest altoist Snidero, while Africa My Land has a fine solo from bassist Lowell Ringel, and moves into a 6/8 West African derived 6/8 bell pattern. There is little to choose between Lynch’s two hard-swinging tributes to a fellow trumpeter, entitled (simply) Woody Shaw. Jean Caze has a well-crafted high note solo on the extended version which also features Lynch together with David Leon on alto, Kyle Swan on drums and Murph Aucamp on percussion. Impressive soloists to one side (so to speak) and after repeated playing, the outstanding impression left by this album is of a perfectly formed and performing orchestra reading complex charts and providing equal measures of excitement and calm.

An accompanying illustrated booklet with delightful caricatures by Robin D. Williams also contains Lynch’s memories of his literary inspiration for every title. It could stand as a basic introduction to African-American history and present-day international race relations. But this enthralling and moving music also speaks for itself, and will definitely constitute one of my records of the year.

Steve Voce - 13 October 2019
Smart arrangements by the leader, a well-drilled big band and a very capable solo team give Leroy’s band lots of character. It’s distinguished by a melodic and mellow altoist,...