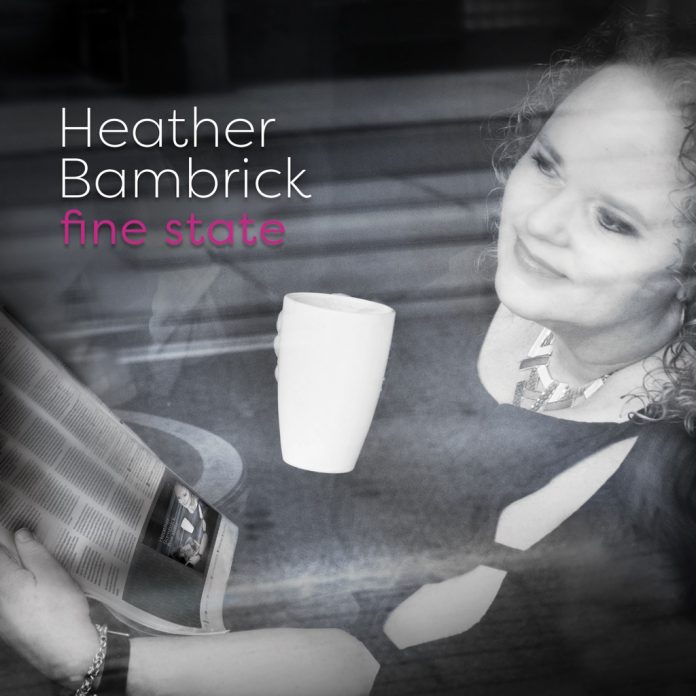 A pleasing vocal sound allied to an unusual mixture of material makes this an always interesting album. Although new to me (and, I believe, to JJ), Bambrick has already attracted attention in her homeland, having been nominated for ECMA and JUNO awards for her previous album, You’ll Never Know.

Here, Bambrick’s repertoire and style draws upon classic popular song, contemporary pop, rock and folk. The source for the last-named genre is specifically the singer’s birthplace, which is Newfoundland.

In the lyrics of the unfamiliar songs, Bambrick explores themes that are meaningful to herself, but which also focus attention on matters of general concern, among them racism and homophobia. Also, the song selection develops subjects that bring people together, such as love and inherent attachment to home. As she states, in contrast with previous work, this album “…brings together more of the things that inspire me overall, not just in jazz and not just in music”.

From all of this it is clear that Bambrick is thoughtful and seeks to do more with her music than simply entertain. In doing so, she has set the bar high for herself and given the unfamiliarity of much of the material it is not easy to forecast the likely measure of her success. Even so, there is much here to enjoy.

Valentina Addis - 15 April 2021
In these times of lockdown, loneliness and solitude, what better way to reminisce about love than with the WJ3 All-Stars Lovers And Love Songs: The Ones You Forgot? It's...