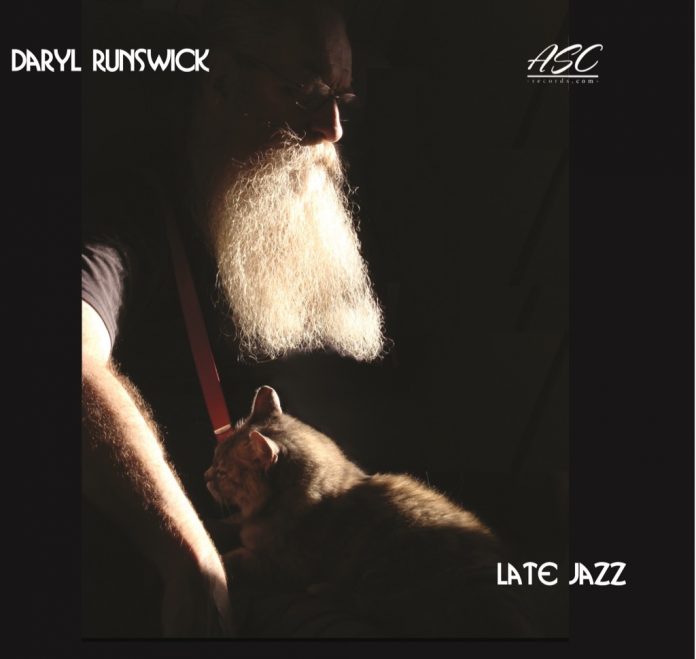 The title derives not from the obvious allusion to late-night jazz sessions in (formerly) smoky bars and clubs, but to the fact that the majority of the tracks included here were recently composed written by virtuoso bassist and multi-instrumentalist Daryl Runswick. This selection, with the exception of three standards, therefore differs from his previous output on the ASC label. Big Bands 1974-78 (ASC, 2019); Playdreaming (ASC, 2018) and The Jazz Years (ASC, 2017) were all gleaned from archival recordings.

Runswick’s musical career has been varied and prestigious. He’s played on records and tours with Cleo Laine and John Dankworth, recorded on a clutch of albums by guitar supremo Ray Russell and had a long association with The King’s Singers, acting as their producer, conductor, bass player, arranger and composer. He became involved with the vocal group during his time at Cambridge University but never actually sang with them. He’s also worked with the likes of Pierre Boulez, London Sinfonietta and The Nash Ensemble. He was also Head of Composition at Trinity College of Music from 1995-2005.

On this record however, Runswick does sing on four numbers which is an unusual revelation. He also executes solos with novel instruments. On Autumn Leaves he utilises a fretless alto guitar, which sounds almost sitar-like. But mainly this is a piano album which he plays competently and often more than competently, such as is heard on the solo piano barrel-house blues Makes A Start.

Playing all the instruments on an album bar drums is no mean feat, but it’s Runswick’s bass work which, unsurprisingly, stands out; check out the sonorous Sixes And Sevens for one example. His arrangements too on numbers like Lennon and McCartney’s, Things We Said Today are terrific, with the old pop song afforded a near-modal feel. Ultimately the album just reinforces the fact that Runswick is a consummate musician.

Peter Gamble - 27 March 2020
Veteran bass player McClure came to notice in the 60s when a member of the popular Charles Lloyd Quartet with Keith Jarrett and Jack DeJohnette. For a short period...