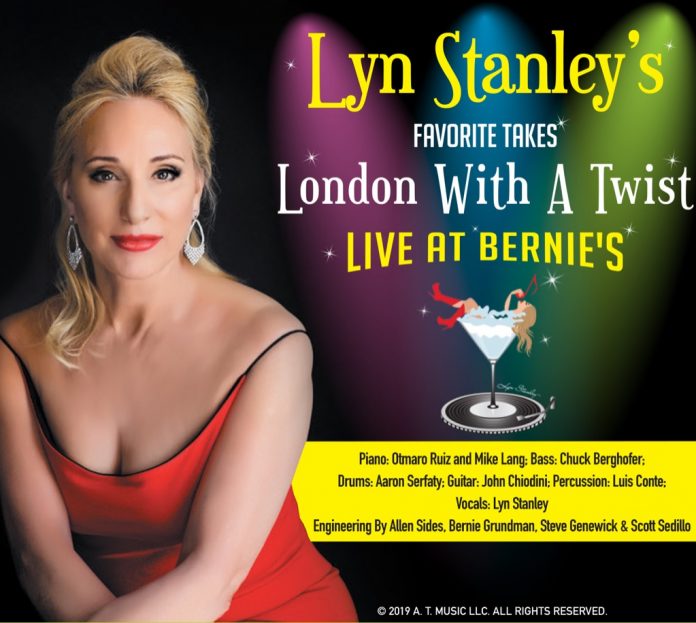 This album is a “direct to disc” recording. This is an unusual technique and has been described as “plugging microphones directly into the cutting lathe”. The performance has got to be almost perfect as there is no capacity to continuously retake or add post-production wizardry. So it is a brave artist who records this way and Lyn Stanley did just that. I only have the CD version to review, but “direct to disc” recording greatly favours vinyl. The album was recorded at Bernie Grundman Mastering in Hollywood, California. Grammy-winning engineers Allen Sides (recording and mixing) and Bernie Grundman (who mastered the metal lacquers) managed the masterful live sound for the project. For those interested in the technology that goes with “direct to disc” recording, there is a helpful accompanying booklet which explains everything from choice of microphones to vintage valve equipment.

Technology aside, the album is a tribute to Julie London and is the second such tribute following the 2018 release of London Calling – A Toast To Julie London. The song selection is classic Great American Songbook – including such hits as Blue Moon, Love Letters, Let There Be You and I’ve Got You Under My Skin. But there are some off-beat choices such as Chuck Berry’s You Never Can Tell and Bruce Springsteen’s Pink Cadillac in which Stanley imagines how Julie London would have interpreted them.

The oddball selections and the album title are significant: Recording a tribute to such a celebrated artist as Julie London is never easy and runs the inevitable risk of being characterised as karaoke. But Stanley is clearly aware of the risk and states emphatically “I’m not pretending to be Julie, I’m honouring her”. Stanley is accompanied by her band the Jazz Mavericks – a collection of fine musicians who are clearly comfortable working with her.

The recording – considering it was done in only two takes – is polished and relaxed. It has the feel of a great club set where everyone knew what was expected of them. Stanley has a great voice and the tribute to Julie London is more in the style of rather than any attempt to sound like. It is certainly not karaoke. If you like sophisticated female vocals and you like the work of Julie London then this album will certainly appeal.

Click here to buy Lyn Stanley: London With A Twist

Elliot Marlow-Stevens - 31 March 2021
Patrick Bradley releases his fifth album, Exhale, and as the liner notes explain, he draws inspiration from his religious beliefs as well as looking to find some musical respite...