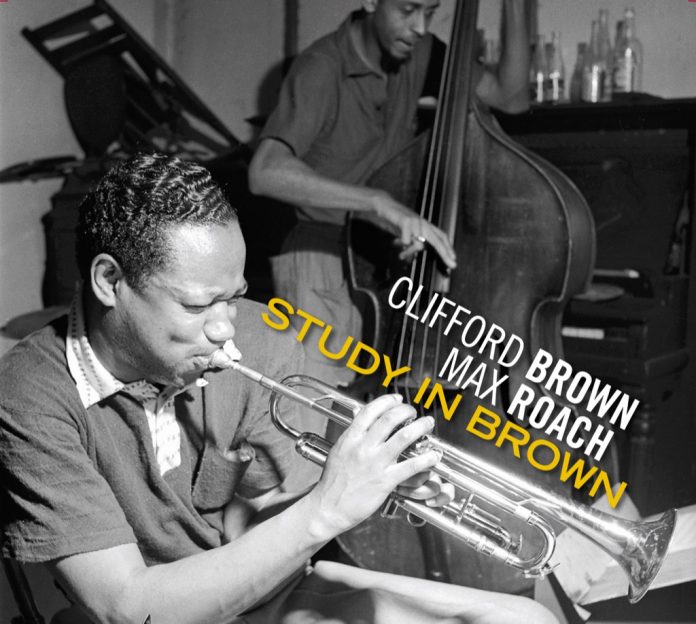 This well-crammed set (two hours, 36 minutes) has 28 titles by the quintet, and for anyone who doesn’t have them already, it really does make a mandatory buy. It comes a long way behind the 10-CD EmArcy set which has most of these plus some alternate takes – that set demanded considerable financial investment, but I found it brought enormous musical profit. Any track by this bountiful group will cheer you up for the day.

One of the disadvantages of bebop was that so much of the repertoire was conceived on new chord sequences which were mechanical rather than melodic. Not so with Clifford. His tunes like Joy Spring, Dahoud and the others filled every requirement of a classic (no composers given in this album, by the way). The explosions of trumpet mastery on every track, right from the opening Cherokee, are unique in jazz achievement and his inspired consistency over a three-year career before the public was a state achieved by very few. Armstrong and Bix perhaps, but not Gillespie.

Faced with this set it’s easy to accept Clifford’s messianic blaze and on the second CD Rollins shares the jubilation with matching inspiration, but one must feel sympathy for Land and Powell, both perfectly good at everything they did, but set against impossible odds.

This was one of the first hard-bop groups and still far closer to the classic fluidity of the original bop than, say, Blakey’s Messengers. But if Rollins and Brown had played Dixieland they would have delivered the message.

Roach, who made it all possible with his unique pinning of the group and superb innovation, must have been totally shattered after the car crash which deprived the world of Brownie, Richie Powell and Richie’s wife. His career never recovered fully of course and, although he influenced generations, he was inevitably never again associated with such great music. The four albums here include Clifford Brown And Max Roach At Basin Street, which, like all the other albums, was really recorded in a studio.

Simon Adams - 24 January 2019
London-based Sam Leak and NY-based Dan Tepfer came together for a Steinway Piano Festival in London in, I think, 2016, for which Leak was commissioned to write a suite...