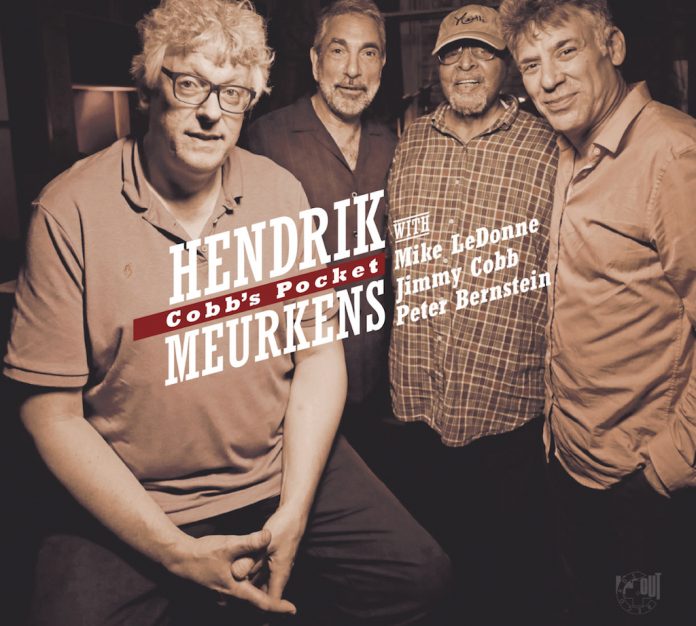 There has never been a shortage of organ combo releases featuring tenor saxophone. The inclusion of jazz harmonica is another matter entirely. The bluesy quality of the instrument suits the format to a tee, but there aren’t many players around that are able to gratifyingly bring the concept to life.

Hendrik Meurkens is a whole different ball game. Not only is the German’s first pairing with Hammond B3 organ very enjoyable, it showcases a blend of warmth and virtuosity that is unbelievable. Having been based in either Rio, New York City or Europe for more than 30 years, the one-time vibraphonist has switched between Latin and mainstream jazz, while maintaining a fruitful career as a studio musician. Meurkens has worked with Buddy Tate, Ray Brown, Herbie Mann and numerous Caribbean and South American class acts.

He also has considerable experience playing with the threesome of Cobb’s Pocket, which is the cream of the crop. Pianist and organist Mike LeDonne and guitarist Peter Bernstein are fellow musicians on the New York scene. Cobb’s Pocket is the third release of Meurkens with drummer Jimmy Cobb. Undoubtedly, the mutual understanding of the quartet accounts for the session’s smooth and fluid groove. And the presence of 91-year old Jimmy Cobb ignited a special spark. The legendary drummer that is referred to in the title came on the scene with Cannonball Adderley in the mid-50s. Perhaps as far as living legends go only bassist Ron Carter has appeared on more sessions than Cobb. Most notably, Cobb was part of the stellar rhythm section of Paul Chambers and Wynton Kelly, which played on the most popular jazz album of all time: Miles Davis’s Kind Of Blue. He’s the ultimate subtle time-keeper and that quality pervades Meurkens’ sublime date.

The discovery of Toots Thielemans was Meurkens’ prime motivation to pick up the jazz harmonica. While everything Thielemans played, even the fastest bop, was drenched in the melancholy of a drizzly Brussels afternoon, the straightforward style of Meurkens refers to nocturnal Harlem, where the sounds of chatter and klaxons mingle and pork ribs are washed down with fifths of Cutty Sark. He affixes his notes with a slight bend that is not unlike the characteristic way tenor saxophonist Stanley Turrentine greased his blues-inflected phrases. Small wonder that – what’s in a name – Cobb’s Pocket was recorded at JB’s Juke Joint studio in New York City.