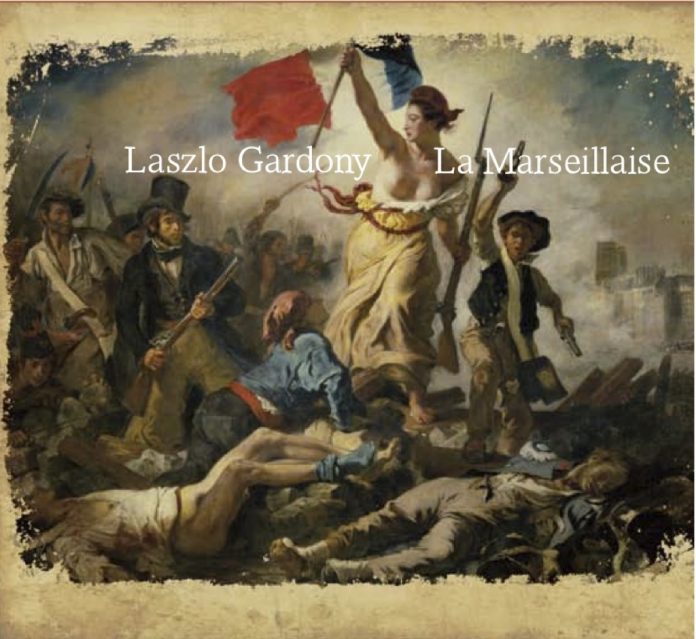 I seem to remember Alain Jean-Marie doing something similar, but you don’t very often hear La Marseillaise used as a jazz standard, or, here, as the basis of a new theme called Revolution.

Given that Rouget de Lisle’s poem was also the anthem of social democracy it’s not an unreasonable place to explore musical freedom and Gardony does a fascinating job with it. He follows up with an interpretation of O Sole Mio that isn’t quite as compelling, but that’s a hiccough in a set that sees him ranging across whole acreages of piano jazz, from boogie to abstraction. The improvised pieces in the middle of the set are ranged on either side of a distinctly personalised version of Misty and a welcome run-out of Denny Zeitlin’s Quiet Now, done with a kind of gospelly feel that is reminiscent of Ran Blake.

The set derives from a performance at Berklee’s Keys Fest earlier last year and the pieces are apparently played in the same order as on that day. The first improvised piece was actually determined by the audience, who were asked to give him four notes as a basis; wonder if they’ll get PRS? Things like Mockingbird and Bourbon Street Boogie have usually been played by Gardony with his group, but these solo ventures expose the sinew of his composition rather revealingly.

Gardony’s a somewhat neglected figure (by ourselves, too: he somehow failed to be covered in any edition of the Penguin Guide to Jazz, nostra culpa) and isn’t often adduced as one of the movers and shakers of contemporary jazz piano. And yet, the energy in his work, and his loving attention to detail ought to be attracting notice. It’s to be hoped that this fresh solo date will win him new admirers and waken up older ones.