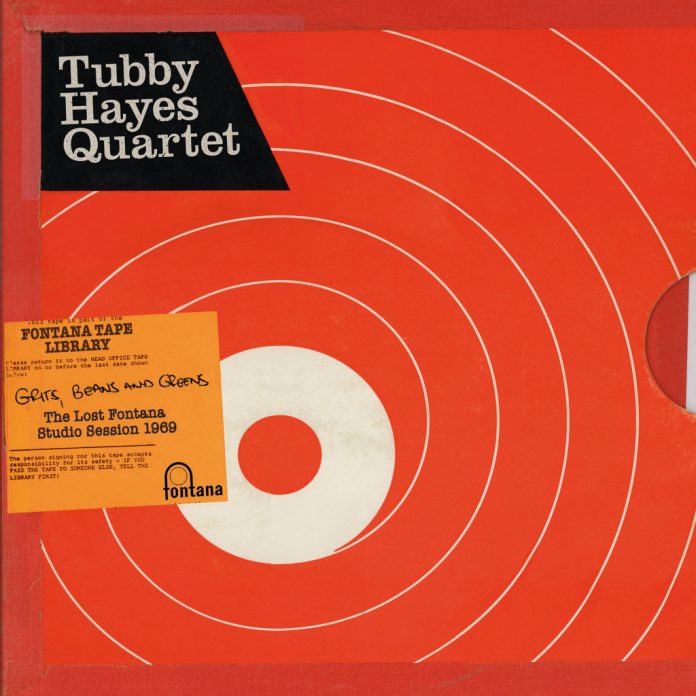 If you are a collector, then this is a lavish set with hardback covers and a 50-page booklet that is more suited to an elegant 10-CD box. This set weighs half a pound. If you just want two CDs by Tubby Hayes, then this is an expensive pairing, and perhaps you should acquire Mexican Green or some of the others first. As ever it’s packed with tenor and piano that are unmissable. Every band Tubby ever played in was enriched by his presence, but he reached his ultimate in the company of Messrs. Pyne, Mathewson and Wells.

On the other hand, the booklet is the most informative you could ask for, admirably researched by Tubby’s biographer Simon Spillett.

At the time of the first of these recordings Tubby hadn’t been in a recording studio for two years. He had a new group with guitarist Louis Stewart that fell apart through no fault of either man. But soon the band with Mick Pyne appeared. Tubby’s incandescent career was to end with his death four years after these sessions. Was his the best ever British jazz group?

I’m hesitant about making my only caveat because I might be wrong and doing the engineer an injustice: everyone else sounds fine, but I suspect that the tenor hasn’t been recorded quite as well as it usually was. Listen to the Mexican Green album and you’ll be overwhelmed by the tenor in your face. Here it doesn’t quite have that presence and I suspect that the company felt they’d shelve these tracks for that reason, although the given thought is that they were trying to make Tubby more commercial with Beatles tunes and concomitant backing (I was pretty much on my own in liking that contemporary commercial album Tubby made).

Anyway, minimally off-mike Tubby is still better than anyone else, for he was one of the world’s greats, and these tracks are interesting in that they give all the takes done at the two sessions. Normal practice in editing out the engineer intoning take numbers should have been edited in the normal way (I hope he doesn’t think I have it in for him).

There’s an alarming example of what can be lost in the studio. Mick Pyne’s solo on Take 1 of For Members Only is as good as you’d ever want to hear whilst the one on Take 2 doesn’t stand out. In the normal procedure Take 2 would normally be issued and we’d never have known what we’d missed. Rumpus isn’t much of a tune, but once it’s out of the way on Take 4 the solos by Tubby and Pyne, with excellent support from the other two, are dazzling. Dazzling too for the beautiful version of Duke Pearson’s beautiful You Know I Care.