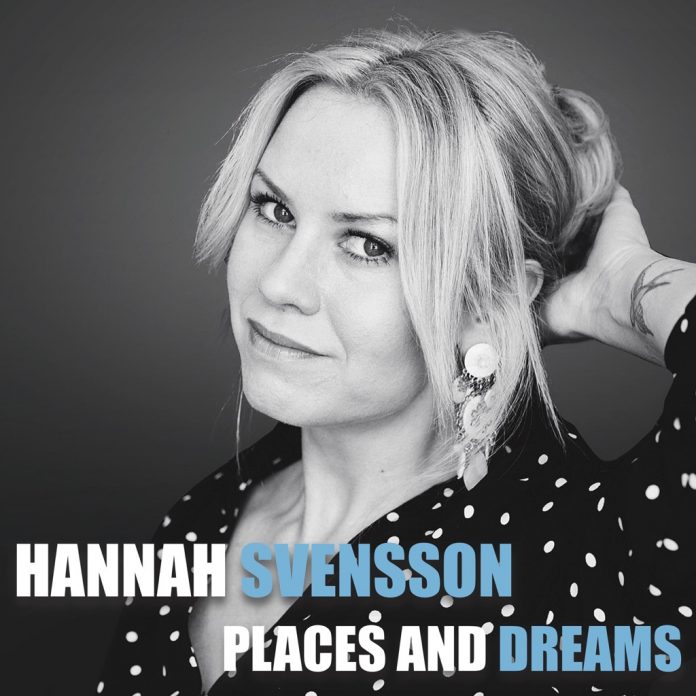 Svensson has long impressed me, both live and on record. I first heard this engaging and questing Swedish singer on Some Favourite Things, the intelligently conceived duo album she cut for Dragon in 2012 with her father Ewan. A most dynamically aware player, the guitarist takes several tasty solos here, as cutting as they are elegant: sample the range of his contributions on Catch The Stars.

The album also features top-notch contributions from the surpassing Lundgren, Nilsson and Csörcz, exemplified by the fluid group interaction and flowing melodic grace of the solos on the tenderly projected – yet purposive – title track.

Following the early influence of Eva Cassidy, Svensson – who projects her relatively light voice with convincingly diverse phrasing – has absorbed much of the best of jazz vocalising. Relish the manner in which she navigates the reflective depths of Beautiful Day, fires up the finger-clicking Honeysuckle Rose (on which Csörcz shines) and lays back sensuously over the floating and funky Let Go – each a prime and distinctive example of her cool yet passionate approach, with Rose also featuring crisply cast and exuberant scat (as does the classic medium tempo swing of Friday Afternoon). Only what I experienced as the in-part overly sweet cadences of Malibu Song disappoint a touch.

Apart from her jazz singing, Svensson is a painter of quality, known among other things for the telling blend of figurative and abstract elements which distinguishes her characterful jazz portraits. She has always shown a painterly feeling for the texture, colour and atmosphere of a song, a feeling present throughout this beautifully arranged, sometimes Latin-touched album and which is especially evident in a stand-out poetic reading of Joni Mitchell’s Woodstock.

The bulk of the programme is made up of Svensson originals, the freshly cast lyrics all sung in English apart from the concluding – and lovely – När Natten Blir Dag, and with Ewan Svensson and Dave Castle sharing composer credits on Something in Return.