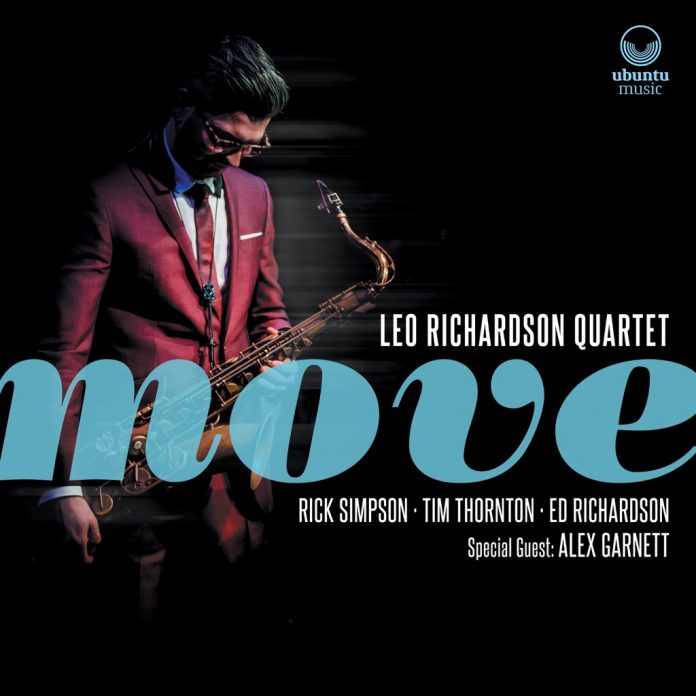 It’s just about two years since Leo Richardson’s first album, The Chase, left most of us hacks reaching for the superlatives. Rarely had we heard such an assured, accomplished and all-round impressive debut. The style was undiluted hard bop, as to the manner born.

Now here comes the follow-up and the approach has broadened to include modal and even free elements, but there’s the same clarity of phrase and grasp of form, not to mention phenomenal technique.

The opener, curiously entitled The Demise, is enough to terrify the life out of the average musician to start with. It’s not just that it’s fast, accurate and totally under control, it’s the sudden changes of direction and snappy little interjections. And the tenor solo is followed by more of the same from pianist Rick Simpson.

By contrast, there’s a beautifully calm ballad, EFG, and the springy Mr. Tim, starting with a duet between Richardson and bassist Tim Thornton. I’m still trying to figure out if and when when the waltz time in Effin’ & Jeffin’ is sometimes actually suspended or whether it’s permanently there but I can’t catch it. That’s what makes a good album – always something to keep you listening.

And it is a very good album. Jean Toussaint, who was Richardson’s tutor at Trinity Laban, described its predecessor as vibrant and full of sparkle, and “sparkle” is exactly the right word for this one, too. In fact, it seems to me that things have livened up considerably in parts of the British jazz scene of late. It’s as though someone has suddenly turned on the lights. I’m thinking particularly of Quentin Collins’s Road Warrior (on which Leo Richardson also appears). There’s a similar rich variety of form, texture and general treatment – always something happening, always moving forward.

Fiona Boyes: Blues In My Heart

Bruce Crowther - 06 December 2020
This is a remastered reissue of a 2000 album by Fiona Boyes and very welcome it is, especially for those, like this reviewer, who missed it back then. Throughout,...