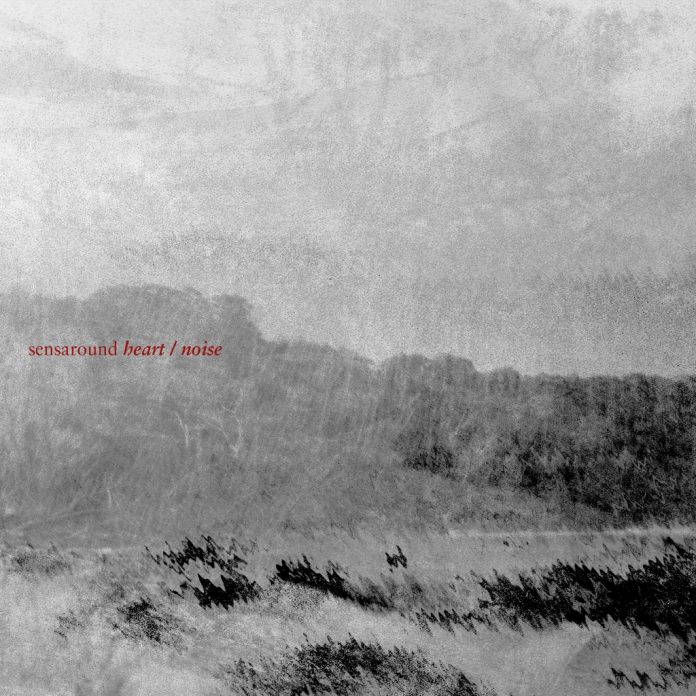 Sensaround is an electro-acoustic trio featuring Scottish saxophonist Raymond MacDonald, Australian keyboards player Alister Spence, and Australian electronica maestro Shoeb Ahmad. Since 2013, the trio have explored the middle ground between jazz improvisation and abstract electronics, and Heart/Noise is their third release; it follows 2014’s Isotropes, also on hellosQuare. As the musicians put it, the music combines “jazz ambience, ghostly dub, and post-punk experiments”.

Spence is one of Australia’s leading jazz and improv pianists, heading his own much-acclaimed trio for over two decades. MacDonald has composed for installations, film and theatre; he’s a founding member of the Glasgow Improvisers Orchestra. Shoeb Ahmad is a musician/sound artist based in Canberra, Australia, who uses electronics, keyboard, laptop, voice and field recordings in her solo experimental work. She performs and records fragile tone-structures and spacious song-forms using guitar, voice, field recordings, keyboard and laptop.

On the new album, Ahmad is at the more abstract end of her output; Spence is on Fender Rhodes and percussion, and MacDonald on saxophones. Spence uses effects pedals but Ahmad is the head honcho in this area, working with two samplers.

The highlight for me is the title-track, which opens with MacDonald’s gentle musings on tenor, and develops into a cathedral-like soundscape – ultimately a cacophony – where the acoustic instrument is counterpointed by Spence and Ahmad’s industrial sounds. The saxophonist’s plangent soprano opens Fours And Sevens, before clashing and merging very effectively with tintinnabular and gong sounds. The brief The River Wound is gentler and more minimal in its sonic effects.

These are deep, opulent but still challenging soundscapes. The album was recorded at studios in Brick Lane during a tour in 2016, and is superbly mastered by Lawrence English of Room 40.