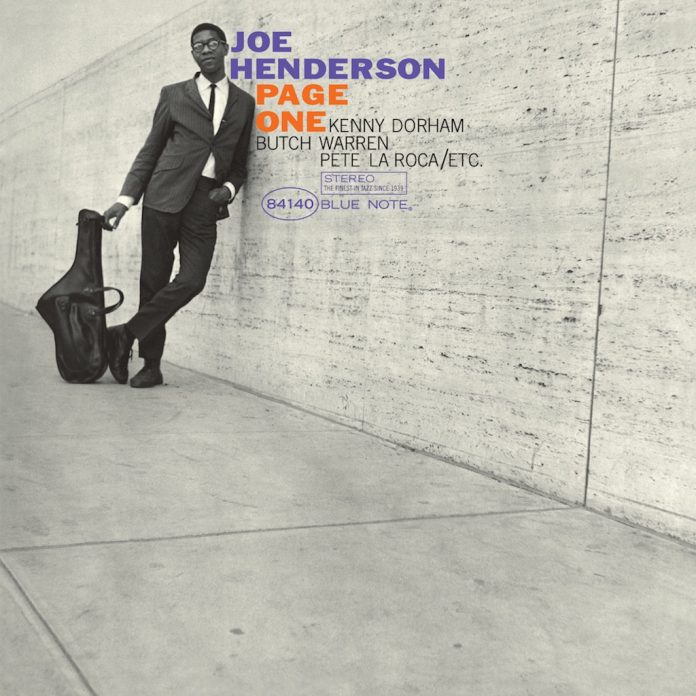 Another in a series of new vinyl releases of original Blue Note recordings, licenced from Universal Music Spain, this time from a 1963 session led by a young Joe Henderson, joined by a similarly young McCoy Tyner who sounds quite unlike his later self here – in fact he could easily be mistaken for Herbie Hancock. They were a similar age, and both seem to have become visible as jazz players at around the same time, albeit in different cities.

Dorham sounds much more comfortable in this setting than on Andrew Hill’s Point Of Departure (another vinyl release in this series, but from a 1964 recording), and composed the first two tunes on side 1 – Blue Bossa and La Mesha, both 16-bar structures, the former being one of the most widely played jazz tunes, whether by novice or seasoned professional.

Side 2 is where this album really takes off, with stronger originals (all from Henderson), and more urgency in the solos. It opens with Recorda-Me, which apart from its unusual length 10-bar introduction, continues the trend for 16-bar structures which was set on side 1, so we’re well away from the Broadway song format here. Homestretch and Out Of The Night are a 12-bar blues and minor blues, respectively. On the latter Warren appropriately quotes from another minor blues – Coltrane’s Blue Train. Perhaps predictably, these simplest of forms bring forth some of the best solos on the album.

Speaking of Warren’s bass, it seems a touch loud on this release, compared with the bass on other releases in this series, so whether that’s something that’s inherent in the original recording (which would seem odd as all of these new releases are from recordings made within the same year or so at the Van Gelder studio) or not, is up for debate. I attempted to compare the bass level on this vinyl version of Page One with my CD version of the same, but it’s extremely difficult to do that successfully because of course they play at different volume levels, being different media, and having been mastered differently for the two purposes.

Steve Voce - 12 June 2019
The (1) tracks are vital to the Teagarden canon. It’s almost as though Capitol, recognising the scattergun output of Jack’s discography, had called on Van Alexander to signpost him...