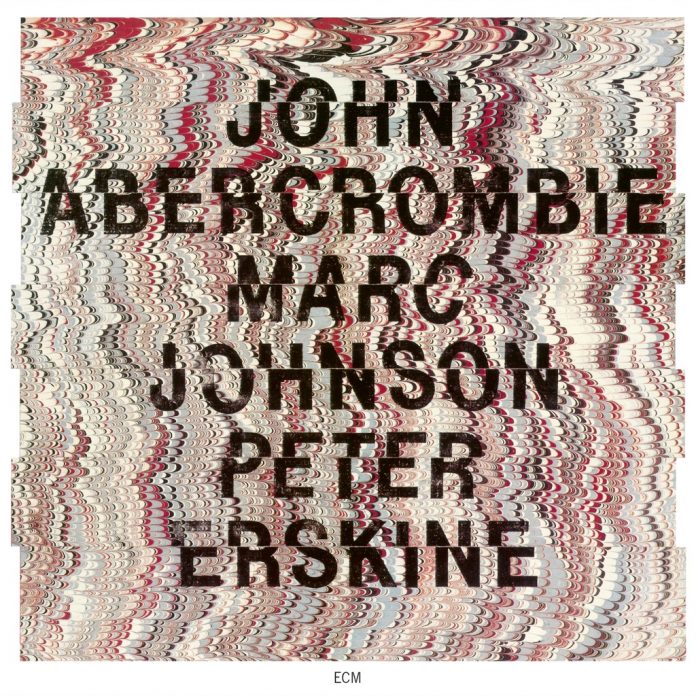 Whither the guitar synthesizer? It’s a question of the sort often asked when a jazz album that embodied new sounds is reissued a few decades later. For some, the guitar synth will be something that makes a naturally small voice too big and too broad. But John Abercrombie might have converted them. On this fine album he employed it sparingly and with skill and imagination.

After three decades of sonic changes in jazz, including a reversion to acoustic, the synth now sounds far less clunky (or more if you thought you were rid of it). Unlike Bill Evans’s splicing of Scott LaFaro’s revelatory bass sound into his trio, Abercrombie keeps the then-revelatory synth on a lead instead of allowing it to take over his trio – himself with bassist Marc Johnson and drummer Peter Erskine – like some louring visitation.

This album was a live version of the celebrated studio recording made in the late 1980s, and its freshness made it equally distinguished. The synth introduces itself in the opening Furs On Ice, a Johnson composition, where its sustained orchestral smears make Erskine sound agitated at the appearance of an interloper. It then pokes around some in single-note lines to Johnson’s obeisant time-keeping.

Then it’s sidelined for four tracks, three of them standards that recall Evans’s treatments, until it returns, as though reformed, on Light Beam. This Abercrombie tune is notable for its iridescence and beguiling voice; in parts, that voice almost mimics speech. It’s back fully accommodated on Samurai Hee-Haw, as if contrite.

But even the synth cannot diminish the way the three musicians inter-twine beyond strict chord sequences and roots without the feeling that they have strayed too far. If anything, they grow in confidence and coherence on new harmonic territory and at their best develop an intimacy shared here with their audience.

Maria Mendes: Close To Me

Garry Booth - 01 March 2020
Dutch-based Portuguese singer-songwriter Maria Mendes has come up with an inspired concept for her third album: a symphonic jazz approach to fado, the mournful folk music that emerged in...