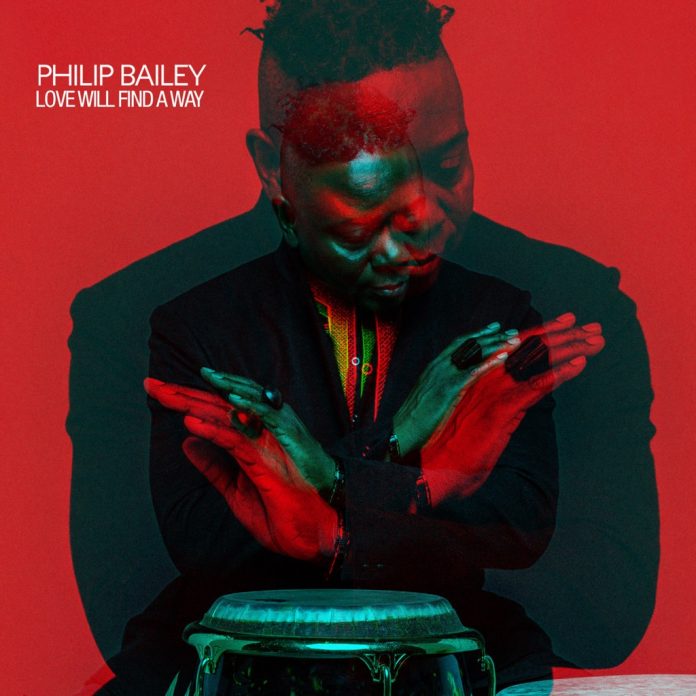 A founder member of Earth, Wind & Fire, where his slightly hazy falsetto vocals were perfectly set against the rich baritone of fellow founder Maurice White, Philip Bailey has pursued a successful solo career, releasing 10 solo sets since 1983. Much of his best work has been singing gospel, although most people will know him for Easy Lover, his bestselling duet with Phil Collins on 1984’s Chinese Wall.

For this new set, his first release since 2002 and his first on Verve, Bailey has returned to jazz, working with keyboardist Robert Glasper to recruit a stellar cast of jazz musicians and together utilize them on a choice selection of often radically reworked material.

Curtis Mayfield’s Billy Jack gets a West African makeover, the better to highlight Bailey’s floating falsetto in homage to Mayfield, a homage continued on Mayfield’s affirmative We’re A Winner. The evergreen Stairway To The Stars gets a tribal reimagination courtesy of will.i.am’s drums, while Talking Heads’ Once In A Lifetime is slowed down and reinvented as an harmonious vocal slow jam with spoken words by Bailey.

Perhaps best of all, other than the Mayfield opener, is the Long As You’re Living, written by Julian Priester and Tommy Turrentine and here properly funked up by Christian McBride, with the leader eloquently expressing Abbey Lincoln’s lyrics.

Not everything works so well, as Bailey’s heartfelt tribute to Marvin Gaye on Just To Keep You Satisfied, from Gaye’s classic 1973 set Let’s Get It On, is overwrought, and his treatment of Return To Forever’s You’re Everything, despite Chick Corea’s fine keyboard lines, a tad dreary, as is the bland treatment of Pharoah Sanders’s Love Will Find A Way.

But then trumpeter Christian aTunde Adjuah distinguishes himself with a plangent trumpet outing on Stairway To the Stars, and Kamasi Washington valiantly rescues Sacred Sounds from jazz funk mush, while the leader taps out a shimmering kalimba ambience on Barry Manilow’s Brooklyn Blues and turns in an eloquent yearning falsetto on the Pharoah Sanders concluder.

Throughout this set, there is much surface gloss and studio trickery, typical of Glasper’s approach, but there is also considerable depth, Bailey’s voice still a wondrous and evocative vehicle. Bailey might be 68, but this set is a youthful return to form. Welcome back, Mr Bailey.