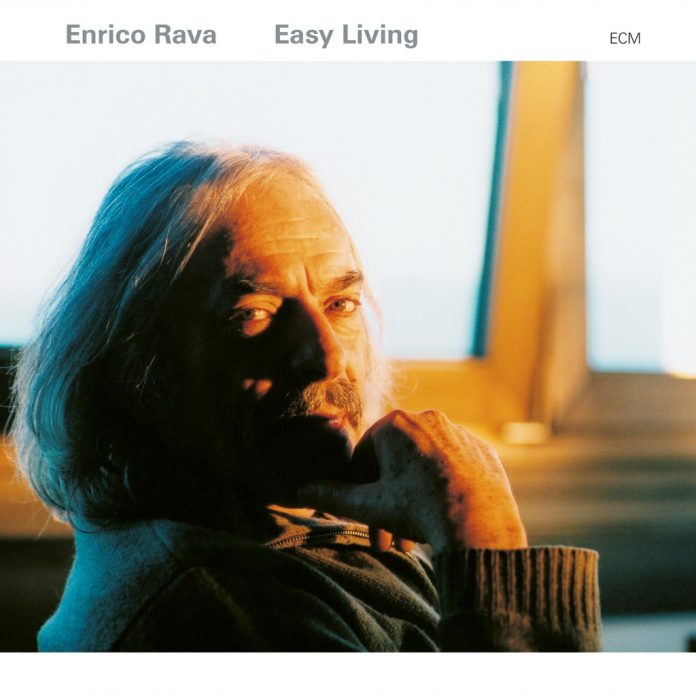 This was one of 13 albums under his own name or jointly billed that Rava recorded for Manfred Eicher’s label, his debut being The Pilgrim And The Stars (ECM, 1975), a quartet album with John Abercrombie. From the very start, Cromosomi presents a blueprint for Rava’s lyrical and at times forceful delivery. But it’s also a sensitive recording too, picking up, for example, Rosario Bonaccorso’s gentle humming along to his pizzicato bass solo. Pianist Stefano Bollani, a long-time associate of Rava’s, makes a substantial contribution here with delicate interjections alternating with fast-flowing forays.

The introspective ensemble opening to Sand slowly evolves to showcase trombonist Gianluca Petrella and, more subtly, Roberto Gatto on unostentatious, yet vital, drums. Rava’s slightly echo-augmented trumpet soars above the piece in mellifluous waves. The only non-Rava original composition on the album is Ralph Rainger’s Easy Living which he wrote for the 1937 movie of that name. Rava’s sumptuous rendition of the ballad is simply breathtaking in its eloquence.

At odds with its piano solo opening, Algir Dalbughi dramatically transmutes after a minute and a half into, as its name might suggest, a veritable boogie.

The bluesy Traveling Night gives Rava an opportunity to display his rapid-fire chops and the album concludes with the dreamy Rain, with Rava again executing an irresistible solo rich with lightning legato flurries. Easy Living represents yet another gem in the superb ECM Touchstones reissue series, and an unquestionable high-water mark for Rava.

Elliot Marlow-Stevens - 17 May 2022
LA-based experimental collective High Pulp release their latest album, Pursuit Of Ends, a complex and contemporary jazz recording. Having formed through a regular jam session in Seattle, the ensemble...