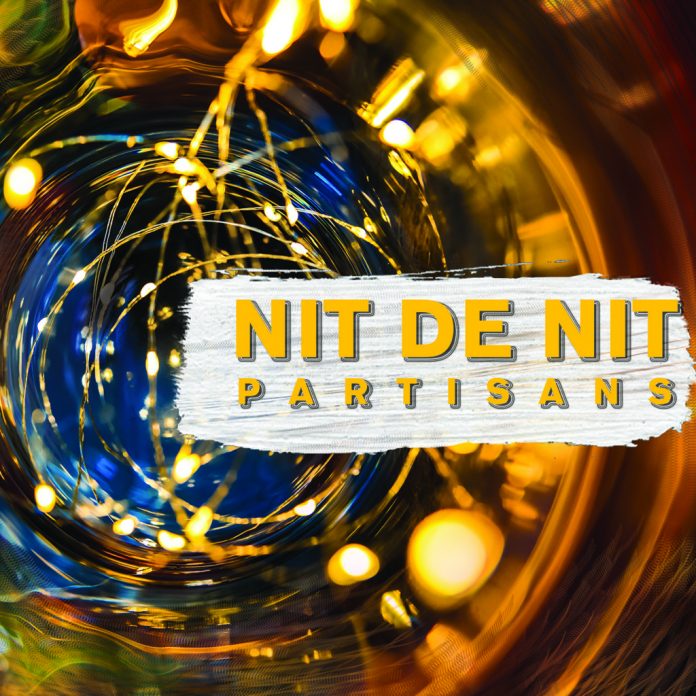 Partisans has been together, on and off, for 23 years and five albums. Nit De Nit is album number six and the first to be recorded live, at London’s Vortex to be precise. The band’s line-up has stayed constant since it began and the quartet gets together here to revisit some of its back catalogue.

Charlie Parker’s Klact-oveeseds-Tene introduces the evening in lively fashion, but it’s gone in 14 seconds (half of which are devoted to solo drums) and the band kicks into Max, a tune written by Siegel as a homage to Max Roach. The rest of the album, with one exception, is a mix of tunes written by either Siegel (two more) or Robson.

Max comes from the 2005 album of the same name, as does Last Chance, while the bebop-ish title track goes all the way back to 2000’s Sourpuss. New numbers include Robson’s That’s Not His Bag – the record label is keen to point out its resemblance to Steely Dan, but any such thing is fairly brief and superficial – and Siegel’s Pork Scratching.

A nine-minute interpretation of David Bowie’s John, I’m Only Dancing (another track which first appeared on Max) tiptoes around for a couple of minutes before it hits its recognisable stride, Siegel’s tenor eventually revealing the melody before it goes into hiding again for Robson’s solo, with the guitarist sounding more like Frank Zappa than Mick Ronson.

One problem with live albums recorded in small venues is that audience response can seem a little sparse and muted and that is sometimes the case here. However, Nit De Nit benefits from excellent sound quality, each instrument coming across clearly – for which, many thanks to recording engineers Chris Lewis and Ali Ward, and co-producers Lewis, Siegel and Robson. Calderazzo’s drums are especially crisp and clear, a treat for percussion lovers.