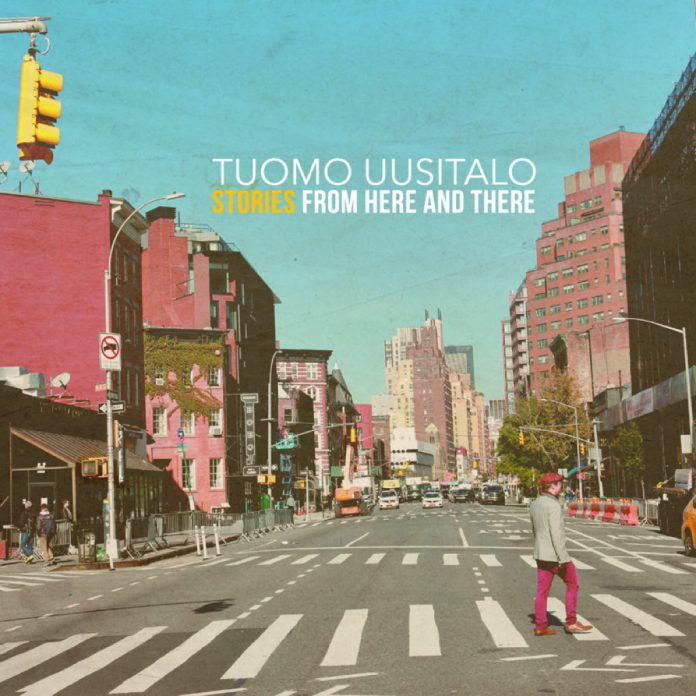 The title for Uusitalo’s third album could hardly be more fitting. As bassist Myles Sloniker outlines in the liner notes, everything here came about quite organically, with Uusitalo drawing inspiration from a range of sources. The music isn’t trying to fit a general theme, method or structure, it just speaks directly about things that influenced the composer at the time.

The approach has certainly paid off with this endearingly listenable selection of songs. Born in Tampere, Finland, but now a resident of New York and active as a performer, composer and musical educator, Uusitalo has a graceful, melodic approach to both playing and composing. Six of the tracks on the CD are penned by him, with additional inspiration coming from the likes of Irving Berlin, Monk, Ellington and Bud Powell.

The fragmented, eclectic nature of Uusitalo’s inspirations is revealed in the brevity of some tracks. Poem No.4 and Between Things come in at under two minutes each – exploratory, delicate little pieces that bridge other tracks quite fittingly. A lovely, sensitive reading of Ellington’s Solitude is the longest track on the album at just over six minutes, so you get the sense that this is not an album where extending ideas and playing for the sake of it has been central to the intention behind the music.

Indeed, it is the slightly laidback, pared-down nature of things that gives Stories From Here And There its appeal. Chris Cheek puts in a wonderful performance on saxophone. With no time for rehearsals with the rest of the band before the recording, and not even having met any of the other musicians before, he plays some warm, Ben Webster-like lines on a number of tracks. Most notably, the charm of Tonight You Belong To Me transports the listener back to the elegant days of swing – appropriate, as the inclusion of the track was inspired by a performance of the song from the Lennon Sisters on the Lawrence Welk show in the mid-1950s. Thoughtful, graceful music that, at just over 36 minutes, says what it wants to beautifully and then takes its leave. What more could you ask?

Click here to buy Tuomo Uusitalo: Stories From Here And There

Nic Jones - 21 June 2021
AMM is one of those extremely rare groupings of which it might be said that its various forms and line-ups are integral to the nature of the music it...