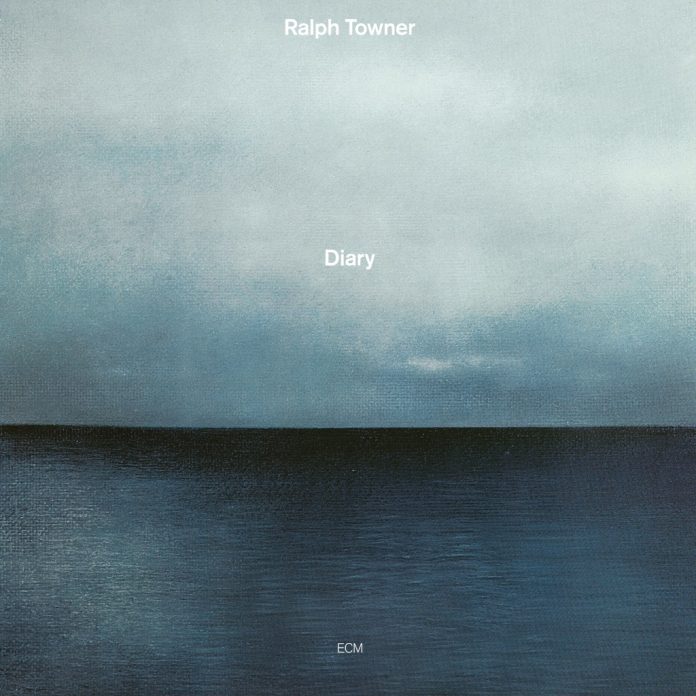 This is another reissue of early material in ECM’s 50-album Touchstones series, initiated to mark the label’s 50th anniversary. Diary was Towner’s second album and his first entirely solo recording. Through the use of overdubbing he plays guitar but accompanies himself on the piano.

As the title Diary suggests, this is very much an intimate and personal affair. His diary entries allow him to record and converge influences from the world of jazz, classical and Brazilian music.

Of his jazz influences, Bill Evans is frequently cited; and whilst worlds apart in style, instrument and era, it is possible to see subtle similarities. Think, for example of Bill Evans’ Conversations With Myself.

This album is reflective, impressionistic and still very relevant. It has not dated and in some ways the music is more suited as an antidote to today’s pace of life, which is more manic, than to that of the 1970s. Whilst I am reluctant to describe this album as jazz (perhaps in the sense I might approach some some of Pat Metheny’s offerings), it is, nonetheless, highly recommended.

Peter Gamble - 10 October 2021
This is the debut album for singer Robinson at the age of 40. It would appear she has spent a good percentage of her life as an educator and...

Jazz Journal - 31 May 2021
Drummer Al Levitt first met Lee Konitz in 1950, when they both worked with Lennie Tristano. Subsequently they were together with Charlie Mingus on two separate occasions. In the...