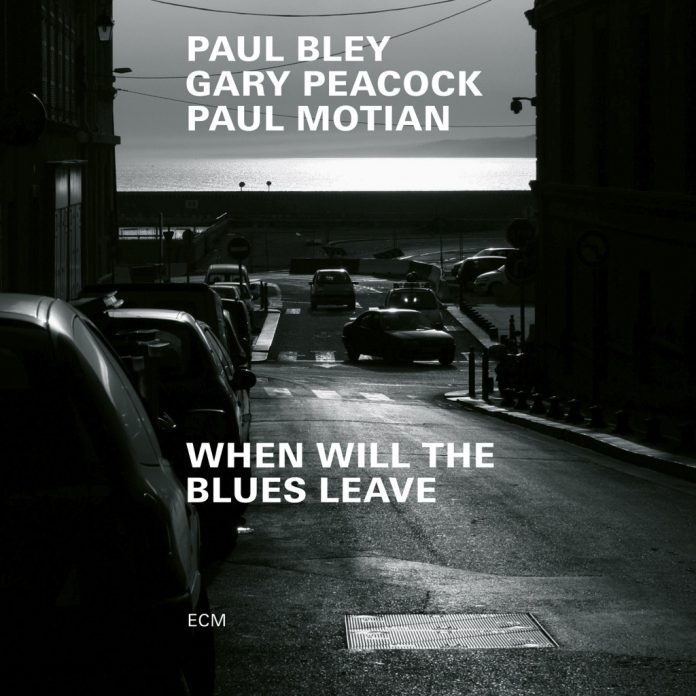 Paul Bley, born in Montréal in 1932, moved to New York in 1950 where he worked with Charlie Parker, Lester Young, and Charles Mingus. In 1957, on the West Coast, he experienced the decisive encounter in his musical development, with Ornette Coleman. In 1961-3 he was a member of Jimmy Giuffre’s legendary trio that pioneered free improvisation – a crucial influence on the ECM recordings here. He later worked with Sonny Rollins, Albert Ayler, Annette Peacock, Bill Frisell and Evan Parker – quite a resumé.

I interviewed Bley on two occasions, and each time he provided excellent copy. Apart from his hilarious claim that he disguised his ethnicity when playing with Lee Konitz, he also commented on the journeymen musicians that the greats sometimes played with: “You can’t put a bad rhythm-section next to Lester Young … or Bird. These people can carry a whole band… These are giants, they take them on their back and walk down the street with them!”

My response, that, for the sake of the listeners, it would be better to play with a good rhythm-section”, provoked one of his more outrageous responses: “Fuck the listeners! The listeners are privileged audience participants, with no relationship to anything except the fact that they’re there for moral support”. This wasn’t his considered view, however, as he then added: “We’re there to serve the audience, and it’s our responsibility to do the best we can, and make the event memorable”.

No problems about a weak rhythm-section on this recording. It’s a great trio that made too few recordings – one in 1970, another in 1998, then this. Hopefully there are more in the vaults somewhere.

Their approach reflects another comment that Bley made – that a player can be lyrical and reflective, and still free: “The free jazz players drew a line in the sand, and said that jazz from now on has to throw out all the accumulated aesthetics”. So should someone who plays free jazz be able to play bebop? “It doesn’t hurt”, he replied. So here, we hear free jazz played by bebop masters. Flame is freely based on My Old Flame; Longer, equally beautiful improvisation, is based on Long Ago And Far Away. A superb release.

Iro Haarla: Around Again – The Music Of Carla Bley

Fred Grand - 15 July 2019
Still perhaps best known as the harpist in her late spouse Edward Vesala’s Sound & Fury, Haarla developed a fascination with the music of Clara Bley while studying with...