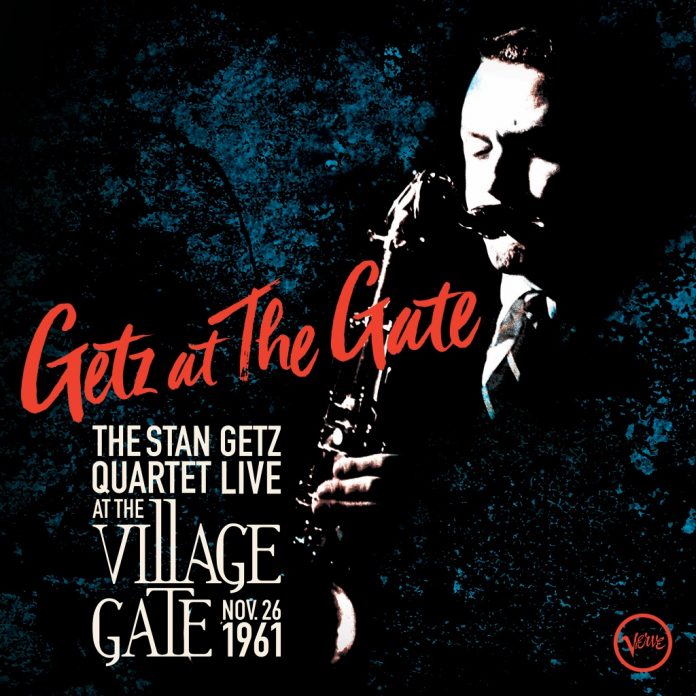 Life sometimes teaches us great lessons, and sometimes terrible lessons, albeit they might look great. I think of the latter as the Muhammad Ali effect. Having danced round the ring for years, Ali learned that he could take (and survive) a punch. He learned to box rope-a-dope and we saw what that did to his quicksilver mind and body. With Stan Getz, it was different. In 1962, he released Focus (not his first date with strings, but a runaway success, and his own favourite) and then Jazz Samba with Charlie Byrd. After that, he didn’t try so much any more, and that once-pugilistic tone and ring-sharp phrasing started to turn thin and narcissistic.

A tape that has lain in a box for 58 years catches Getz near the threshold of that year, and what a revelation it is. Recorded (moderately well) at the Village Gate, it starts with Stan’s only known recordings of It’s Alright With Me and Yesterday’s Gardenias, and a rare cover of a John Coltrane theme, albeit a fairly basic blues structure, that suggests how Trane was shaking up the tenor division at the time. Getz spars wittily with recent Coltrane accompanist Steve Kuhn, a piano player of formidable intelligence and substantial resource in the harder modern sound, and allows Roy Haynes to put him through some impressive wind-work. Most people hearing this archive release cold won’t spot the horn player, though there are phrases on Like Someone In Love and Stella By Starlight that couldn’t have been played by anyone else.

The sound’s slightly artificial, suggesting that Seth Foster’s remastering job was more than cosmetic, and it may be that the tapes were set aside on technical grounds. Certainly the music is more than accomplished. I’m a heretic: my favourite Getzes are Sweet Rain and Captain Marvel, and some of the later stuff has the same effect as nails going down a blackboard. This, though, is a fascinating glimpse of an artist just before his learned his terrible lesson.

The earlier disc finds him in company with another man who, for all the surface sweetness, could also be self-regardant and ungenerous. This was a Norman Granz pairing, made with an eye to the market, and for the most part it fulfils its brief, but like a lot of top-of-the-card heavyweight encounters, it’s more impressive in prospect than in reality. Getz and OP prowl around an interesting enough set of themes, but without much urgency and with no serious blows landed. As usual, the bonus tracks – three offcuts from the original session, two from the 1953 Diz And Getz session – fail to add anything of substance, but then the two long blowing tracks from the end of the Gate session, each an LP side, probably won’t be out of the bag very often, either.

Derek Ansell - 11 March 2019
This LP covers Calloway’s recordings between 1933 and 1945 when he led various personnel in big bands and was the lead singer and major attraction. Primarily an entertainer, his...