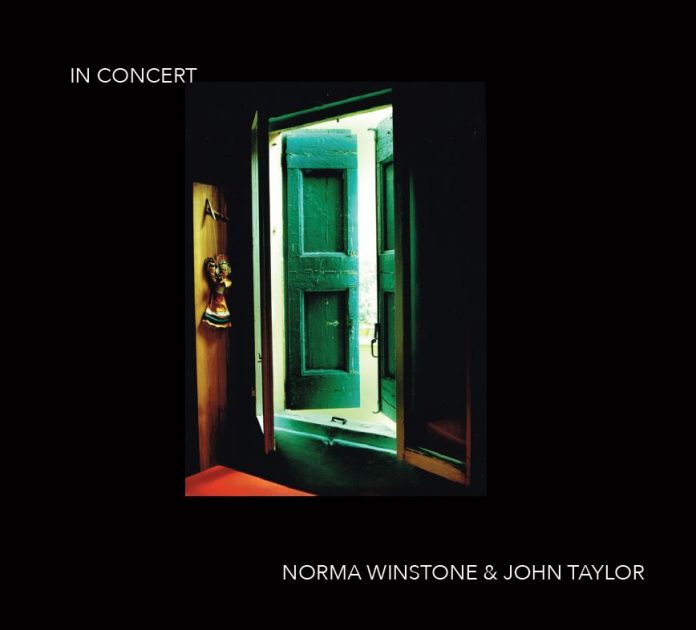 John Taylor and Norma Winstone were a potent musical combination on the British jazz scene for a number of years and this live situation, available on CD for the first time, reminds us what they offered in tandem.

The concert took place at the Guildhall School of Music and Drama just after the pair had finished a teaching assignment and given the short space of time they had to put the concert together, the results were very satisfying.

The repertoire includes some Bernstein (Lucky To Be Me), Steve Swallow (Ladies In Mercedes), Egberto Gismonti (Café), a couple of Ralph Towner compositions (The Glide, Celeste) and four pieces composed by Winstone.

From the outset, the singer is in fine voice, often mixing clearly delivered lyrics and the wordless vocals which have always been her forte. The pianist in response gives us bold interjections or nudging phrases for his partner to work off. Brubeck’s In Your Own Sweet Way is a particular triumph, being partially deconstructed but always retaining the essence of the tune.

Taylor’s Coffee Time has some annoyingly ill-conceived clapping along by the audience but has a touch of added humour in the form of an Awful Lot Of Coffee In Brazil quote. The opening and closing numbers allow us to experience the Winstone skill of making a making a lyric count.

Hugh Rainey - 18 February 2021
This Leeds-based group aims to perform in a style which revives rough hokum and folksy vaudeville, with country blues and so-called "viper jazz", as performed by small groups in...