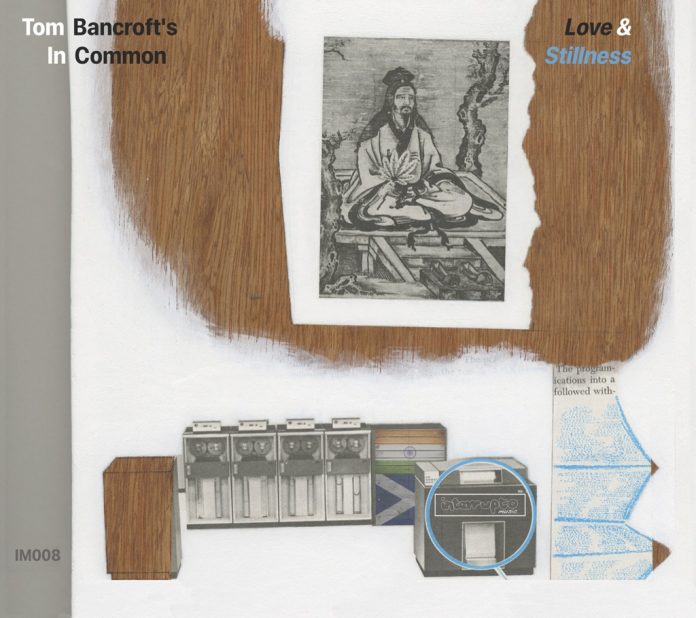 There are more fusions of Indian and Celtic music in a jazz context than you might at first realise. For example, there’s the excellent Zakir Hussain and his Indian-Celtic fusion (his latest project, blending traditional Celtic and Indian melodies), Ronan Guilfoyle’s Khanda (bringing together jazz with Irish traditional music and the complex rhythms of South Indian drumming), and Khamira (somewhere between the cinematic scope of the Pat Metheny Group and the grunge funk of Miles Davis’s 70s band, intertwined with passages of melancholic Welsh folk music and Indian classical virtuosity). Projects of this sort often have great concepts, but it can also be very difficult to produce an end result that lives up to the initial expectation.

This particular new fusion project, instigated by drummer/composer Tom Bancroft, brings together jazz, Indian classical music, Scottish traditional music and electronica. One of several sometimes reflective guitar introductions opens Goodbye Hello, and then the groove is enhanced by the addition of drum kit. The violin lines here by Sharat Chandra Srivastava are reminiscent of sarangi-playing, in terms of both playing-style and sound, and there’s also a mix of acoustic and electric guitar with a solo on the latter by Graeme Stephen.

A few of the tracks here isolate the more obviously rhythmic instruments in the group – e.g. Solo highlights Bancroft on the bodhran, and Bodhran & Tablastarts with a drone before the respective percussion instruments enter. The Burnin O Auchindoun features rap-like vocals, which cleverly are sometimes in harmony, and then the latter part of the set sees something of an injection of energy via the slightly heavier guitar-driven groove of Flower Child 2, and Nette Ball’s uptempo swing and scat (followed by a drums and tabla duet).

Overall, this album seems a little too long (but then I’ve said that about quite a few albums that approach and exceed 70 minutes), and there’s maybe a lack of variety of tempos and approaches to dealing with the material. However, it represents another unique fusion, and quite a subtle one, which will certainly be of interest to listeners who’ve enjoyed the other aforementioned examples of this type of fusion, amongst others.

The Dave Jones Quartet: Answers On A Postcard…