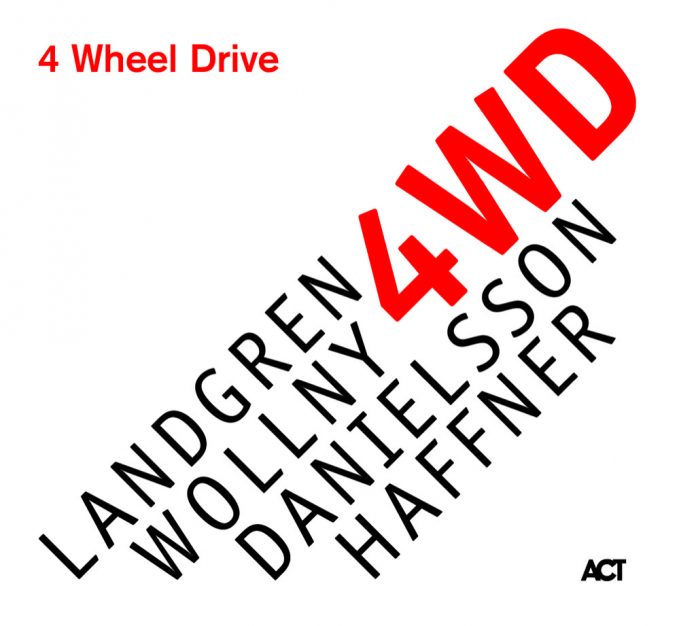 The paths of these four leading figures in European jazz have crossed many times in all kinds of configurations, and so in many ways it is not a surprise that they chose to combine for the first time as a quartet. The album’s title reflects both the equal role which each of them assumed in setting the direction for the group.

In addition to one original composition from each instrumentalist, they decided collectively to cover songs from four living musical creative forces: Paul McCartney, Billy Joel, Phil Collins and Sting. While the tunes they chose “are timeless classics in their own right”, the repertoire was influenced by their having strong associations with the quartet’s instrumental line-up – McCartney’s bass and vocals, Joel’s piano, Collins’ drums.

I for one had misgivings, none of the aforementioned three conjuring in my mind a necessarily promising point of departure for jazz improvisation. I was pleasantly surprised.

They use these tunes as starting points for their own journeys. Maybe I’m Amazed is transformed into a jazz ballad, Genesis’s That’s All is a collage of instrumental sound, and in Sting’s If You Love Somebody Set Them Free, the best of these vocal-led tunes, they find the perfect vehicle for the freedom of jazz which finds full expression in Nils Landgren’s powerful trombone improvisation and swinging piano in the Les McCann mould.

However, while this set deals convincingly with the inherent risks of merging pop classics with jazz, for my money the stand-out tracks remain the four original tunes contributed by each band member. There’s Michael Wollny’s fast-paced piano and Lars Danielsson’s bass intro on Polygon and Wolfgang Haffner’s mallet work on the sprightly Latin Lobito with a Dave Grusin-infused piano figure from Wollny. The slow trombone intro and ending on Le Chat Sur Toit sandwiches an uptempo funky blues groove, showing Landgren at his most versatile. Lars Danielsson’s 4WD closes the set, and measures up to its title with energetic high-performance ensemble improvisation.

Matthew Wright - 12 May 2019
Over the last few years Nick Duckett’s R&B label has continually put out issues, mainly compilations, that chronicle the development of the Soho jazz scene in the early 1960s,...