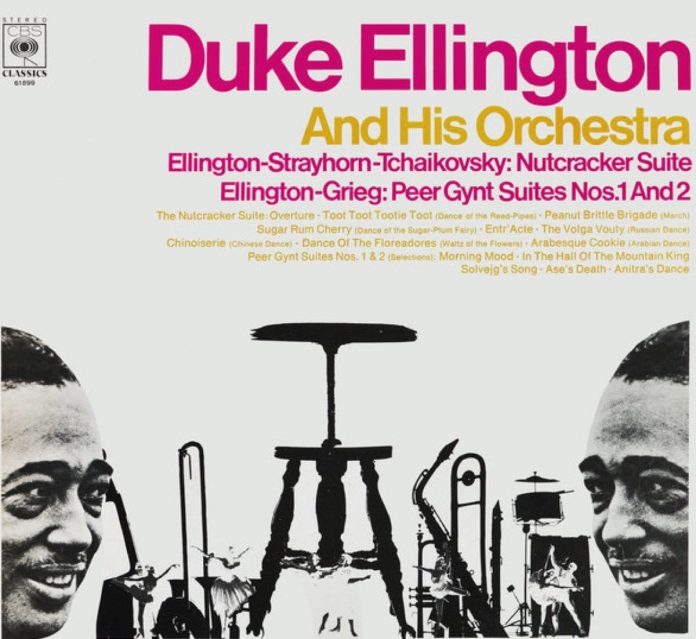 My detestation of these per­formances for twenty years does not arise from an exaggerated reverence for the classics. The works are minor ones and remain available in their original forms.

If Ellington had re-composed them in his own image, in the manner of Tatum’s Elegie (Massenet) or Gil Evans’s Maids Of Cadiz (Delibes), then we should have something remarkable. But the adaptation was done with a highly uncharacteristic lack of imagination: the music is merely ‘jazzed-up’ in the most obvious manner.

Rather than attribute this to a brief lapse in Ellington’s creative energy, the realistic assumption is that this project was born in some record company executive’s busy mind. And as was to be expected of some­thing as vulgar and stupid, the initial Tchaikovsky LP was a huge success, so the Grieg follow-up became inevitable.

And because the only response to Ellington which the jazz community can manage is abject hero worship, doubtless this reissue will be greeted with the usual ecstasy.

Derek Ansell - 16 March 2020
This is, I suppose, what could be called a jazz project album. The Cast of the title is represented by six headings with A Sorcerer, Brutus, A Duke etc...

Marlene: I Think Of You With Every Breath I Take /...