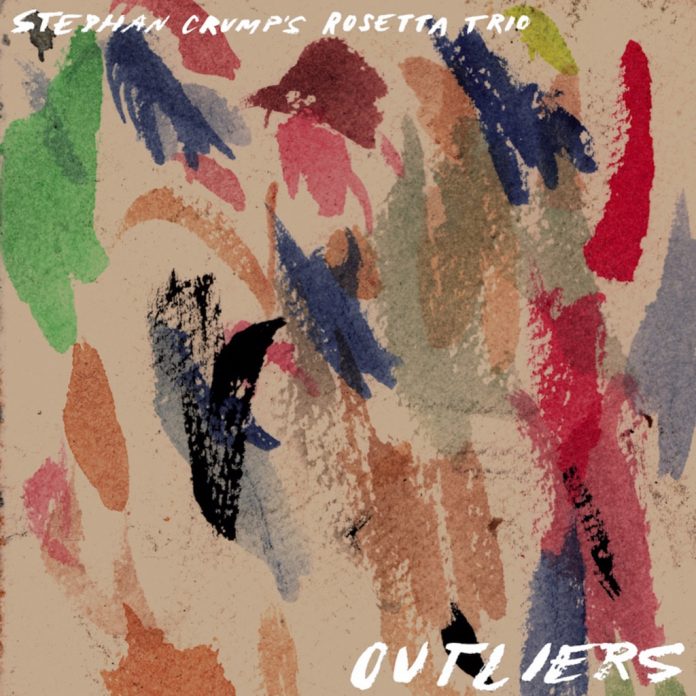 It’s Crump’s fourth album with Rosetta Trio, featuring Liberty Ellman on acoustic guitar and Jamie Fox on electric guitar. In an online interview, the bassist says “I put Rosetta Trio together in 2004 to test out some new work … after 9/11 … it took a lot of work for us to find how the ensemble might function”. On this evidence, it functions superbly.

In 2016 I reviewed the eponymous first release of his quartet Rhombal, with its rather austere and astringent compositions. The Rosetta Trio, in contrast, has a warm, slightly bluesy and folksy sound that distinguishes it from the rest of Crump’s work, with a focus on relaxed as opposed to uptempo playing.

In his response to my emailed questions, Crump explained “I’m from Memphis, so blues and spirituals, funk, R&B, and rock are in everything I do. But there’s so much else that I love, musically and otherwise, that finds its way in”. The Trio finds a lot to explore at a more restrained dynamic, he says: “There’s a ceiling to how far a group can push the upper dynamic levels without it all flattening out, yet when we shift the whole range downward and allow ourselves to explore the lower dynamics and spaces, it’s almost infinite”.

Crump wrote all the compositions except Ellman’s Cryoseism. These highly eventful performances pack much incident into their average five to six minutes – the trio ring the changes in every way, rhythmically, timbrally, melodically. The plangent, country-feel Re Eyes begins at a lazy tempo, developing edgier passages in polyrhythm. The very eventful title-track is a multi-part composition, at over seven minutes the longest on the album. It has a spiky feel and is based around a hypnotic motif that takes on a bluesier hue; after an entropic interlude, it becomes brightly melodic against a stronger groove that gradually dies away against arco bass. Synapse has a boppish feel with Spanish inflections.

As the trio features three stringed instruments, it’s natural to call the result chamber jazz – a label that Crump isn’t unhappy with: “[There’s] improvisation and development involved (‘jazz’), and … there isn’t a drum kit or a traditional trio/quartet/etc lineup (‘chamber’)”. Maybe it’s muscular chamber jazz. It’s certainly the kind of album that makes reviewing a pleasure.

Thomas Fletcher - 15 April 2021
Born in Nottinghamshire, drummer Will Glaser graduated in 2014 after studying jazz at the Guildhall School of Music and Drama in London. At present, he holds a teaching position...