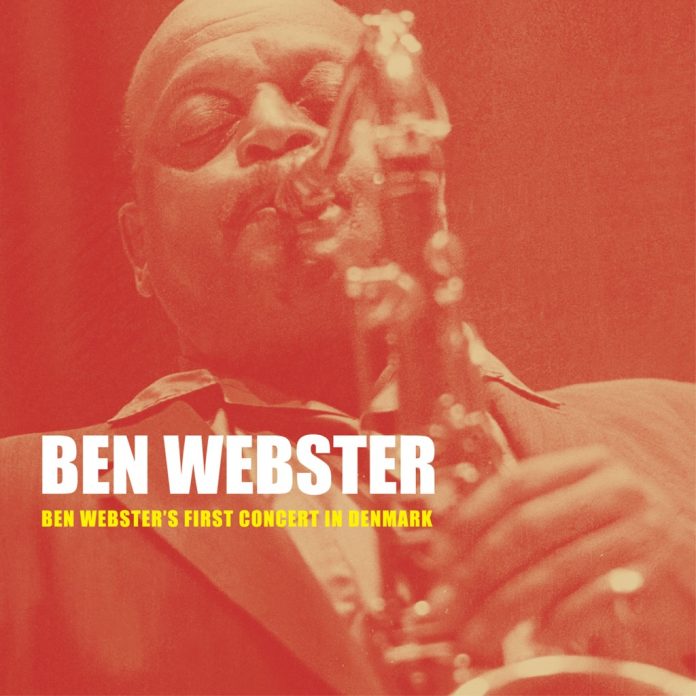 In 1964 Ben Webster played a one-month residency at Ronnie Scott’s, and then moved to Sweden, Norway and Denmark – where he finally settled in 1969. Until his death in 1973, he lived in Copenhagen (looked after by a nurse, Brigit Nordtorp), worked regularly in Scandinavian clubs and studios, and made some creditable albums – but with decreasing returns. A combination of increasingly heavy drinking and an enormous increase in weight affected not only his playing, which became uncertain and sometimes incoherent, but also his legendary volatile temper and drunken clowning.

His Dutch biographer Jeroen de Valk recounts Webster’s 1971 meeting in Oslo with the Crown Prince of Norway. After the other musicians were introduced to the Prince, an inebriated and hobbling Webster staggered into the royal box. A disconcerted aide managed to announce “Your Royal Highness, this is Ben Webster”. The Crown Prince nodded regally, but when the aide said “Mr Webster, may I present his Royal Highness the Crown Prince of Norway”, Ben stumbled forward, slapped him on the back, and yelled “Ben Webster, King of the Tenors – pleased to meet you, Prince!”

On this welcome (but brief) addition to Webster’s latter-day discography, the Brute plays like an angel. The concert rehearsal begins with a gruff-voiced Ben demonstrating (loudly on piano) the tempo he wants for a later performance of Mellowtone.

The concert proper begins with a ravishing rendition of Pennies From Heaven, with the European rhythm section of Drew, Pedersen and Riel providing solid but unobtrusive support – as they do throughout. An upbeat Blues In B-Flat has Webster unveiling his familiar but always welcome repertoire of stylistic skills, with extended jaunty solos by Drew, and fleet fingering from NHOP. Rodgers and Hart’s My Romance has Webster at his most reflective and affective, with delicate accompaniment from Drew. As Whitney Balliett explained, Webster “seemed to breathe rather than play his slow ballads; he’d start phrases with a whispering breath that would grow majestically into a full tone, then gradually melt back into breath – a kind of aural appearing and disappearing act … intimate and cajoling, but never sentimental” – a perfect description of this performance.

Mellowtone is an insinuating swinger, with Ben at his authoritative best. A rhapsodic Over The Rainbow has him offering a compelling and reflective interpretation of a jazz standard. Cotton Tail – which propelled Webster (with the Ellington orchestra) into international attention in 1940, here gets only a truncated version because a news update had to break in. Incomplete as it is, Ben delivers a spirited solo, with echoes of the matchless original.

In an affectionate liner note, Henrik Wolsgaard-Iversen, chairman of the Copenhagen Ben Webster Foundation, suggests that this concert might be considered as the prelude to a love affair between Ben Webster and his Danish admirers. He recalls once telling Ben that his playing reminded him of Hemingway’s early short stories. His laconic response was: “Well, you could say that. He could write too…and he was a fair boxer”.

Brian Morton - 18 December 2019
The sage of Woodstock arranged this get-together at his home studio. Jason Kao Hwang drove up on a March day in 2014 and they laid down eight beautiful improvised...