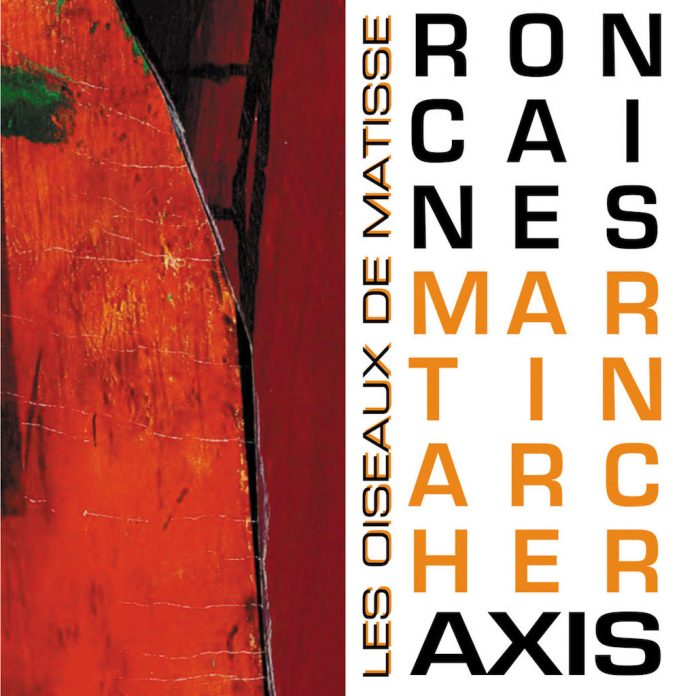 Just when you’re resigned to not hearing an invigorating blast of new music, this nourishing one comes along.

Ron Caines was a stalwart of the British band East of Eden decades back, the band having emerged at the end of that allegedly most heady of decades the 1960s, “freaking out” on a regular basis and cementing for themselves a place in pop culture, at least for people with an above average sense of inquiry. Today that sense is still in Caines’ music, and this meeting with Archer and a group of like-minded inquirists has resulted in a programme far fresher than a lot of the recycled same old same old that would claim the new (or should that be “nu”?) tag.

Time’s well spent digesting this music that’s free of overt influences, including the compositions. The title track for example is a semi-static affair complete with live sound processing and Caines’s soprano sax, which  sidesteps every well-known player of the instrument from Bechet to John Butcher.

Such references are mere touchstones, however, especially as the overall richness of this set places it in a small field within the context of the seemingly never ebbing tide of new releases. Repeated listening will I reckon disclose riches I’ve yet to hear. That’s not an assertion I make too often.

Derek Ansell - 09 May 2020
The clue is in the title as this collection houses eight tracks by the Barry group recorded between 2001 and 2009. Eight selections were made at the...

Bruce Crowther - 18 January 2020
Jazz trumpeter Jack Sheldon has died. That he lived such a long life is surprising, given the many often self-induced difficulties he faced and overcame.

Jazz Journal - 28 May 2019
Every year the Melody Maker's Readers' Poll is divided into 'British' and 'Rest Of The World' categories. In April a concert was staged at the Royal Festival...

Sally Evans-Darby - 21 March 2019
“And then there is Ella, about whom critics have surprisingly little to say, other than to state that she is the ultimate jazz singer or to denigrate...