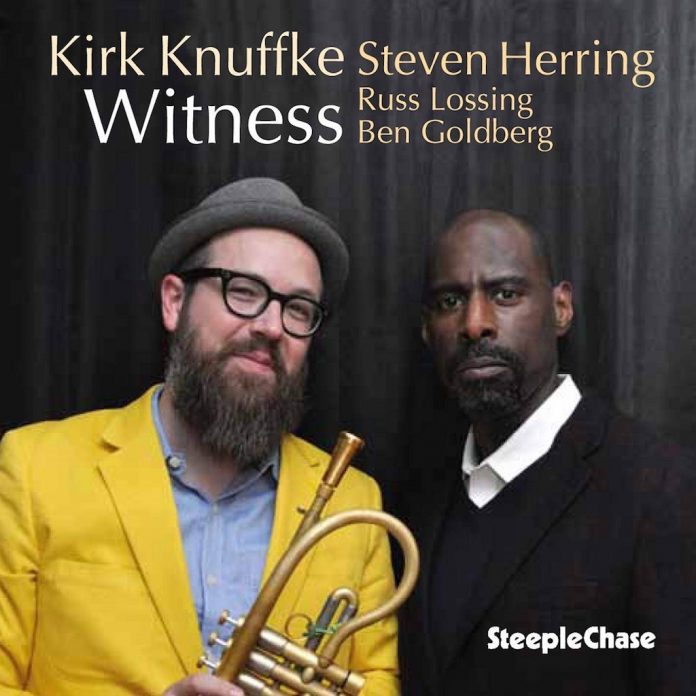 Knuffke is among the more adventurous musicians in the creative improvised music field and also a player who has bigger, more appreciative ears than most, so he’s worthy of kudos for this experiment in which a classically trained baritone singer joins forces with a “chamber trio” to explore material ranging from Billy Strayhorn to Gioachino Rossini.

The results are however a little disjointed, not least because the efforts of singer and trio together left your actual jazz hack with a hankering for hearing each of their efforts without the other. Strayhorn’s “Lush Life” is a case in point. It’s not simply that Herring has too rich a voice for the material because that’s derogatory to both singer and song. Rather it’s a matter of the singer’s undoubted interpretive skill being inappropriate, equidistant as it arguably is from both Billy Eckstine and Dietrich Fischer-Diskau.

The intro to the interpretation of Rossini’s “Aria Mustafa” briefly highlights the near-free interplay that the trio’s capable of and demonstrates how closely the three musicians listen to each other.

Ultimately this isn’t simply a matter of gauging if the experiment’s been a success or a failure, because while the twain almost meet, they ultimately don’t span the divide between singer and group. This takes nothing away from the boldness of the attempt, however.