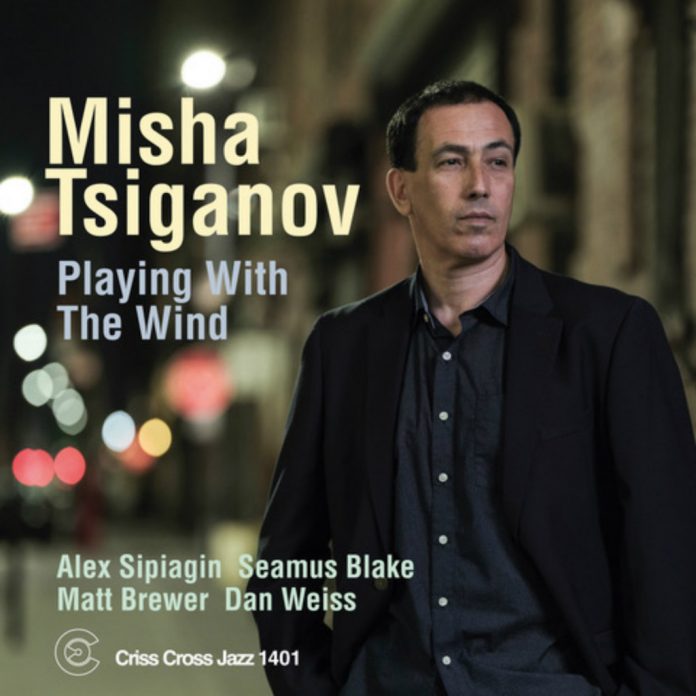 Unless you’re there to witness it at first hand, the changing New York jazz scene can be hard to map. But on records by Big Apple musicians or by word-of-mouth, certain names keep popping up, among them tenor saxophonist Seamus Blake, drummer Dan Weiss and Russian ex-pat pianist Misha Tsiganov. And deservedly so, not just for ground-breaking but for versatility and ease of manner.

Tsiganov moved from St. Petersburg to a scholarship place at the Berklee College of Music in Boston almost 30 years ago, 12 months after compatriot emigré trumpeter Alex Sipiagin, who joins him on this album doubling flugelhorn and with the other two. Tsiganov describes the other member of the quintet, Matt Brewer, as “today’s bass player”.

It’s as well that a band leader is admiring of his contributing musicians, but in this case Tsiganov is recognising a more than nominal ability to go the extra mile. Sipiagin and Blake were members of the Mingus Orchestra and other groups, so Tsiganov trusts them implicitly with standard-bearing up front in terms of what he knows they can achieve on sometimes unusual arrangements. And not only that: the two are never far away from each other when it’s time to solo, now and then antiphonally, and as a result seem to galvanise the band even further, making for sustained interest and excitement.

Part of the interest lies in realising that the mixed time signatures Tsiganov employs all over the place make the no-nonsense four-in-a bar of “The Very Thought of You” at the end sound routine, especially so as it’s performed as a ballad. And it renders Dave Brubeck’s five-four time belatedly prescient rather than eccentric. Tsiganov’s “Mama” in that rhythm is made to sound almost six-eight. There’s more of it in Wayne Shorter’s “Witch Hunt”, which Tsiganov has not so much arranged as re-arranged, as he’s done with “Virgo”, another Shorter chart. Tsiganov believes these meter mixes enhance the melodies, and he’s not to be discountenanced.

They are there too in “Cry Me a River”, with Sipiagin and Blake having more intertwining and path-scorching fun as the latter descants on the former and both shoot off at the reversion to swinging common time. There are tunes with 14 beats over two bars of seven each, and in the title track, 11 changing to 13 then to three. It keeps Weiss and Brewer on their best form.

All this could be unnerving but it works, Tsiganov in his solo “Dream Catcher” almost ruminatively sitting back and enjoying the results. It’s high-energy, thoughtful and inspiring.

Gordon Jack - 10 August 2020
Carole Simpson, who died in 2012, had an intimate quality with a lyric that recalls Jeri Southern, Chris Connor and June Christy. Although she doesn’t...