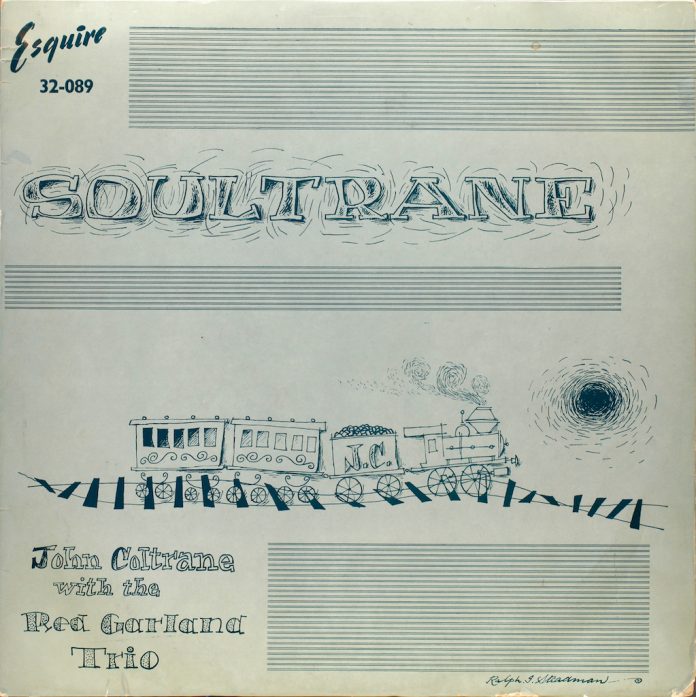 If there is one phrase to sum up the essential character of John Coltrane’s music, it is “magnificent unconcern”. What appears to be his unvarying tone, coupled with the take-it-or-leave-it style of his presentation, makes him particu­larly difficult to take. It is no exaggeration to say that one must play a Coltrane track at least half a dozen times before it produces any effect at all. Sonny Rollins, who has basically a great stylistic resemblance, is much more forthcoming and by comparison appears a model of eloquence.

Both musicians are helped by having rhythm sections which are not them­selves trying out too many new lines. For that reason, the absence of Philly Joe Jones or Max Roach is an advant­age. For the modern sax man old enough and bold enough to know his own mind, the Red Garland trio is ideal in support. What goes on behind is consistently satisfying, fundamentally interesting, but not obtrusive.

The leading man can bare his soul or pry into the farthest confines of his melodic or harmonic material, without any fear of letdown or undue competition. Paul Chambers deserves the highest praise. Taylor cannot be faulted. Red Garland is a fascinating pianist, with his own settled style. He lacks the virtuosity and wonderful touch of Mance, whom he resembles in many particulars; it will be interesting to see how the two develop in a few years.

This is not such an attractive collec­tion as the Coltrane with Garland LP reviewed in the February issue (Esquire 32-091) which was made six months earlier with the same group, and contained two blues and some rather more attractive ballad material. The present collection opens well with “Good Bait” but the second side seems a trifle ephemeral.
Graham Boatfield