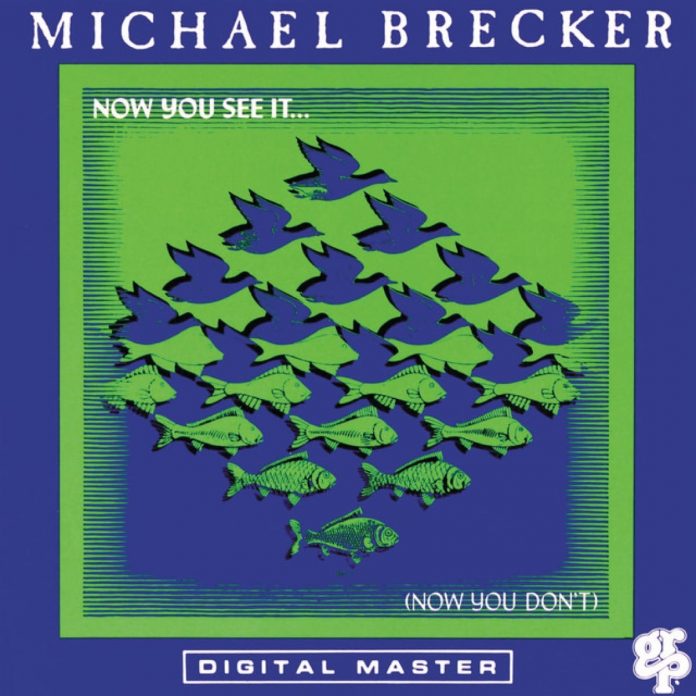 After producing two rather pallid sets for Impulse, the most influential tenorist of the 1980s has moved to the GRP label, and the results are concomitantly glossier but no more substantial. Escher Sketch plays cleverly but not intuitively on the tension and contrast between 12/8 and a displaced 4/4, thus creating a musical evocation of the Escher Sky And Water illustration which adorns the insert – in other words, Now You See It (12/8) . . . Now You Don’t (4/4). It’s technically brilliant, but contrived and not a little tedious. Perhaps the best moments are when Brecker’s humour finds expression in brief glimpses of 12/8 guitar boogie and big band riffs through the common time mesh, and in the mock-bebop cadenza that closes the piece. There are further triple against duple metric riddles in the elaborately scored Peep.

Elsewhere, Now You See It proffers straightahead funk (Ode, by the talented arranger/compos­er Jim Beard is a standout track). Weather Reportesque Latinisms (Dogs) and too many of the sort of weepy ballads that Brecker has espoused of late (Blues, Never and Minsk).

Even when he is not busy with complex arrangements, Brecker solos without the flair and inspir­ation which has distinguished his best work. As on his two Impulse recordings, his models – among them Coltrane, Shorter and Rollins – are more in evidence than his own distinctive voice. There are good solos by Brecker-protégé Joey Calderazzo, who is Tynerish on Minsk and Peep, but typically, Brecker’s most author­itative statements of recent times have been on other people’s records.

Barry Witherden - 13 October 2019
Canadian-born but based in Harlem since 2013, Curtis has played in the bands of Philip Harper, Craig Harris, Braxton Cook and Marc Cary. He has released two well-received previous...