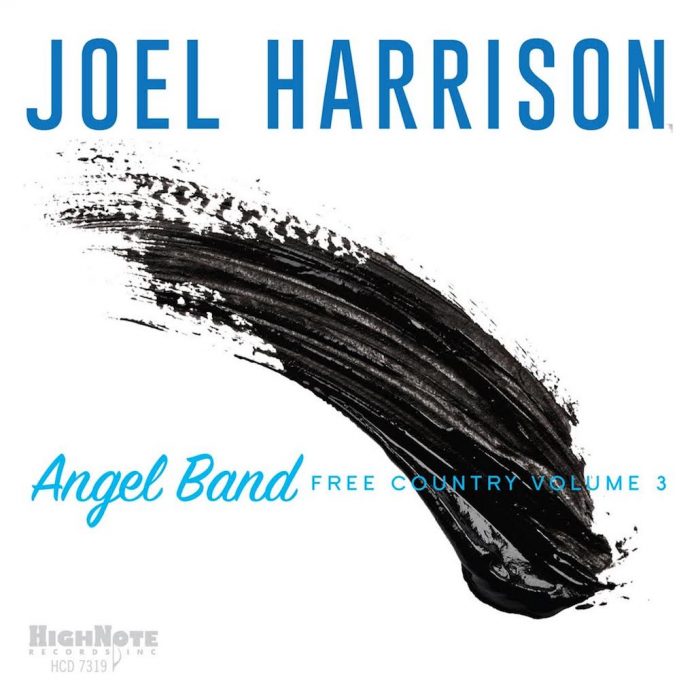 Fusion with a capital F is a specific, and most importantly limited, genre in jazz. Lower-case fusion can be anything, and reflect any musician’s belief of what works when you toss musical ingredients together and hope the mixture cooks to perfection.

The culinary metaphor shouldn’t be extended too far, but in the opening bars of “America the Beautiful” by the Joel Harrison band, whose leader’s aim is to stir Appalachian folk music and other forms with jazz, taste and texture have become piquant, which is a good omen. It’s worked for Harrison on two previous albums.

The leader selects his personnel from almost 20 musicians, including a cellist, two violinists, and an accordionist. There’s a Wurlitzer organ on duty, and Harrison himself plays resonator and steel guitars, six-string banjo, and sings. Such an input might suggest that both jazz and whatever other forms are being given its treatment will be lost in something undefinable. But Harrison is an astute arranger. From the melée of “America the Beautiful”, shredding guitar and Hammond B-3 included, David Binney’s alto sax emerges wearing full jazz colours. Throughout, this commitment is hardly ever lost. Nothing is pursued at the expense of anything else.

Harrison’s skill, apparent in such numbers as Bill Monroe’s “Jerusalem Ridge” and June Carter Cash’s “Ring of Fire” (made famous by husband Johnny) is to uphold the dignity and integrity of the original as though jazz, country, gospel, and folk were members of the same fraternising club when in reality they are distances apart.

Many of these tracks are well-known songs, and Harrison pays them full vocal homage. With the gospel tune “Angel Band”, made famous by The Stanley Brothers, it’s obvious that he has thought hard about where the emphasis should be placed: on the songs themselves as straight vehicles for the sentiments they were intended to convey, or as platforms for improvisation.

Nowhere is this more prominent than in “We Shall Rise”, in which powerful sentiment is matched by jazz feeling (or feeling expressed by jazz musicians), and in Jimmy Webb’s “Wichita Lineman”, where vocals are eschewed in favour of a tune so famous as to be treated with similar circumspection. The epitome is “Blue Eyes Cryin’ in the Rain”, on which Harrison reduces the band to a quartet for an instrumental of lingering tenderness.

These are jazz musicians paying respects to tunes from other places, as they’ve done throughout the music’s history.