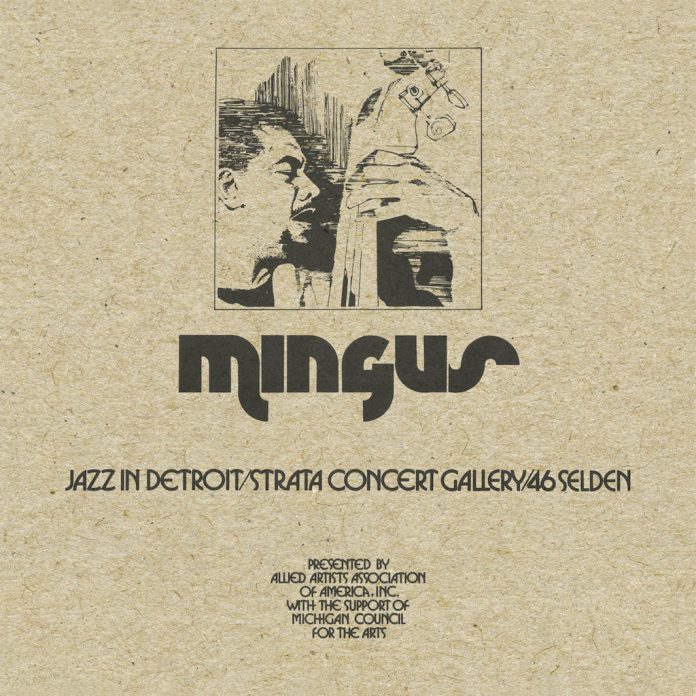 Anytime newly discovered recordings by one of the music’s major figures is unearthed the level of excitement is almost palpable and overstatement is often the order of the day when assessing the importance or otherwise of the music on offer. Over the last few years, much extra material has been unearthed in respect of both John Coltrane and Miles Davis, hence in so many respects it is a pleasure to be presented with some fresh material from one of their contemporaries and a musician of equal status.

An additional attraction offered by these live tracks from 1973 is a chance to catch a short-lived Mingus line-up that was never committed to disc until now.

This may be due to Stubblefield only lasting five months in the bassist/composer’s company, as he had a serious falling out with his leader and left the group under a bit of a cloud which impinged upon his ability to gain regular work thereafter. The saxophonist was not alone in having “differences” with the often volatile Mingus.

It has already been suggested that this release is for Mingus completists but given the unique chance to catch this group plus most of the music being in the bassist’s tradition of exciting turbulence, it takes on a different picture. We have to thank drummer Roy Brook’s widow for the safe keeping of the master tapes and eventually making them available for public consumption. The venue, the Strata Concert Gallery, was putting on name jazz acts at this time and this five-CD presentation gives us an excellent idea of what patrons could expect from Mingus’s residency.

All the tunes are familiar from the bassist’s repertoire, apart from “Dizzy Profile”, appearing here for the only time in his recorded output. This piece would be resurrected by the Mingus Big Band many years later when it appeared on the Mingus Sings album released in 2015.

Elsewhere we are treated to some pretty extensive workouts, with the leader taking a background role, kicking off with “Pithecanthropus Erectus”, a study in controlled mayhem, complete with some fiery trumpet from Gardner, typically adventurous Pullen, where he employs a number of those tumbling, cascading clusters he became famous for and Stubblefield in passionate mode containing bleats, honks and a visit to the stratosphere. This is without mentioning some thunderous drumming from Brooks, who is generally excellent over the evening’s duration.

“Celia”, in both versions, extends way beyond the original version unveiled on the East Coasting disc and during Pullen’s solos comes close to the “free jazz” Mingus had little time for, although it never quite gets there. “C Jam Blues” takes off nicely after Gardner’s somewhat hesitant solo and despite the title, “Dizzy Profile” is set at a slow to medium tempo, sporting good solos from the pianist and trumpeter. The 12-bar “Noddin’ Ya Head Blues”, is a chance for everyone to get “down home” and is adorned by a passage from Brooks’ musical saw, probably an acquired taste for many.

The evening’s music was presented live on a local radio station with announcements from drummer/producer, Bud Spangler, who alternates between being amateurish, enthusiastic and rambling, particularly prior to the Brooks interview. The sound quality is far from perfect but more than acceptable.

When evaluating this box set as a whole, despite one or two shortcomings, it can recommended on the basis of being much more than a curate’s egg.