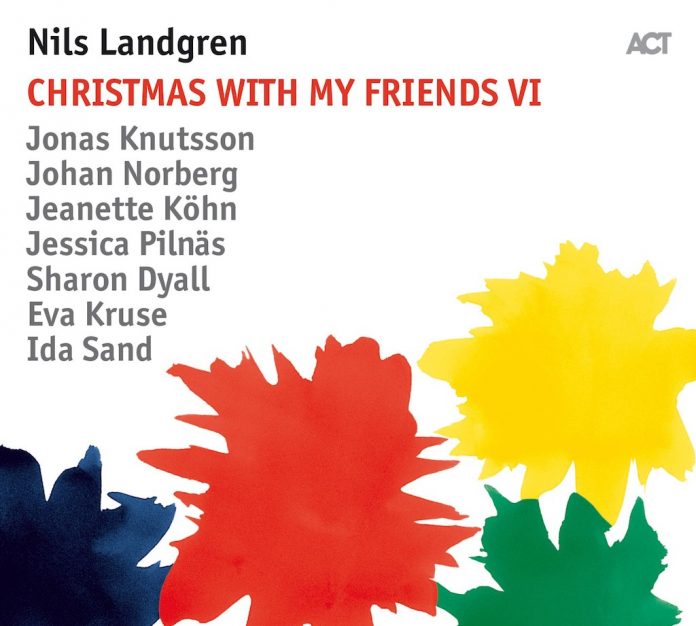 Rather like the gift of socks and hankies, unwrapping volume VI of Christmas songs from Landgren and chums was fairly predictable, but no less welcome for its familarity and content. The appeal of these Landgren albums – at any time of year – lies in the tasteful, effortless, way in which a range of eclectic material from across the ages is arranged and performed.

Landgren’s friends are a talented bunch, contributing not just restrained, sensitive performances, but compositions as well.  These sit seamlessly alongside traditional and modern fare, which on this latest volume includes work by Rutter, Wesley, Bach, Abba’s Andersson and Ulvaeus, Frank Loesser and Dave Grusin. The latter provides one of the highlights of the CD with Ida Sand’s beautiful interpretation of his song “Who Comes This Night”.

The Christmas With My Friends albums also serve to put ghosts of awful cover versions to rest. Here, faith is restored in “Little Drummer Boy” after the mauling from Crosby and Bowie rendered it unlistenable.  Landgren seems to have hit upon a winning formula with his reinterpretations and thoughtful workings of a range of material, and volume VI maintains the high standards of previous releases.

Restrained, in tune with the sentiment of the season and indeed the religious importance behind it, this lovely album is as far removed as its possible to be from the tasteless and tackiness that has come to symbolise so much of that time of year. For that alone we should raise a glass in the hope of volume VII later this year.

Bruce Crowther - 15 May 2021
Good things can come out of bad. Although singer Mark Winkler and pianist David Benoit have been friends for decades and have occasionally worked together, the idea for this...